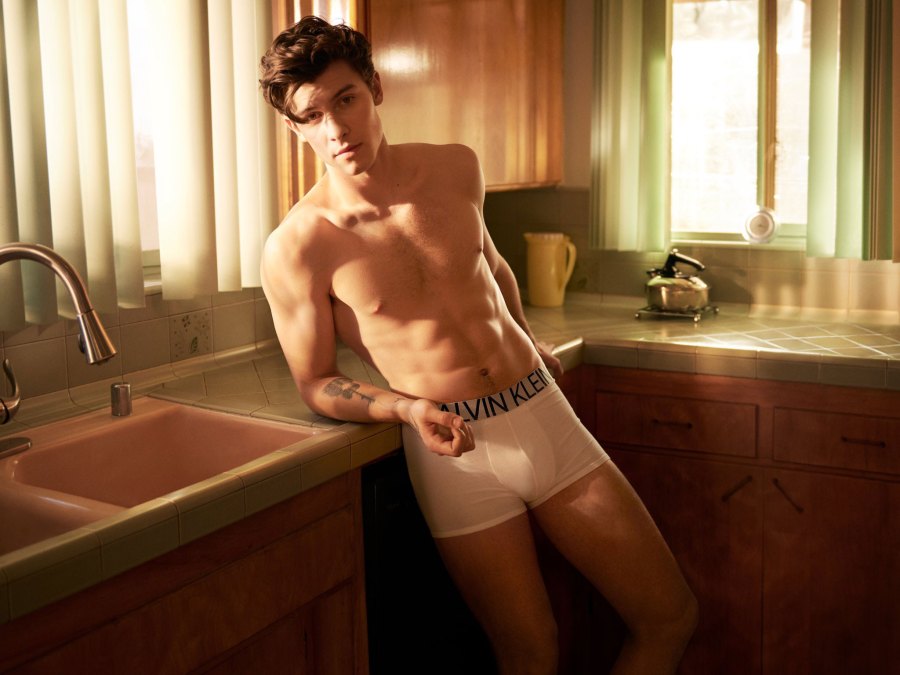 Thirst: quenched. With just two shirtless photos from his new partnership with Calvin Klein, Shawn Mendes sent the internet into a frenzy.

As part of the fashion house’s latest set of ads, which is set to debut within the next seven days, Mendes, 20, posed in nothing but underwear.

“.@CalvinKlein #MyCalvins. Campaign coming this week,” he captioned one of the pictures, which features him lounging in an orange chair while staring seductively into the camera. The singer’s washboard abs are perfectly on display as he dons a pair of black boxer briefs.

The “Lost in Japan” crooner posted a separate shot, which shows him standing nonchalantly against a counter next to a kitchen sink. Once again, his six-pack took centerstage. The one main difference in the musician’s appearance: his undergarment went from a dark shade to stark white. 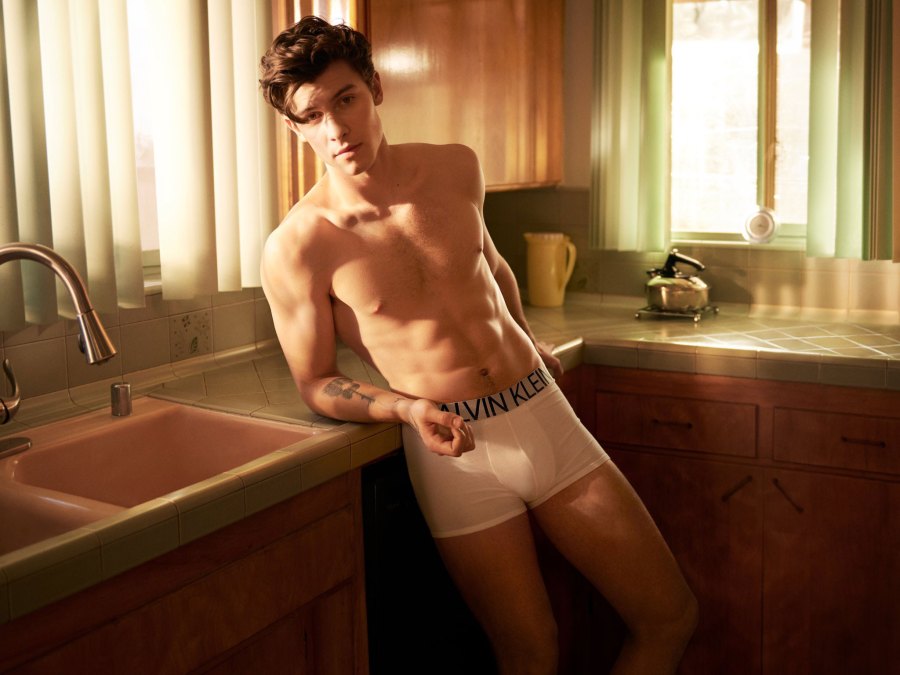 The snapshots garnered nearly 7 million likes and over 400,000 comments the morning of Sunday, February 17, less than 24 hours after Mendes posted them on Instagram. (In comparison, the Summer of Love star’s previous picture, with Alessia Cara, only had 2.9 million likes and 21,000 comments at the time this story was published.)

Among those who praised the post were celebrities such as Jennifer Lopez and Alex Rodriguez. “Killin’ it,” the Second Act actress wrote in the comments section, along with three fire emojis. The former Yankees player, for his part, gave Mendes a thumbs up and said, “Goals!!!!!”

Other stars who weighed in include frequent collaborator Teddy Geiger, “Like to Be You” duet partner Julia Michaels, 13 Reasons Why star Tommy Dorman and YouTube makeup guru James Charles.

The Canada native recently stole the show at the 2019 Grammy Awards on February 10, performing his hit song “In My Blood,” which was nominated for Song of the Year. Mendes kicked off his Grammys debut playing the piano solo before Miley Cyrus surprised the audience and joined him for the tune’s second verse.

“Thank you @recordingacademy,” Mendes wrote alongside clip of the joint performance on Wednesday, February 13, on Instagram. The caption was accompanied by a pair of sparkle emojis.