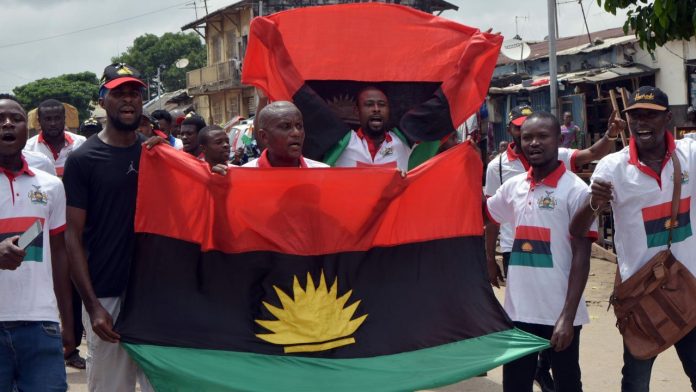 The Community Affairs Committee Chairman of the Indigenous People of Biafra, IPOB, Melbourne, Australia, Mazi Nnamdi Nwokedi yesterday reacted to the United Nations’ position on the release of Nnamdi KANU from detention.

Also read: Taylor! Margot! Chris! Everything To Know About The ‘Amsterdam’ Movie

Nwokedi in a statement he signed and issued to journalists in Abakaliki, Ebonyi State, said the United Nations, UN, has done well by asking the Nigerian government to release its leader, Mazi Nnamdi Kanu.

“The IPOB family Melbourne and the entire global family of IPOB wishes to express our profound gratitude to the UN Human Rights Council’s Working Group on its position on the Arbitrary Detention of our leader, Nnamdi KANU.

“We asked for unconditional compensation for the abuse and torture of our leader Nnamdi KANU he stated.

Also read: Why Chris Pratt Is Publicly Apologizing To A UFC Star

He said that Kanu’s international legal counsel, Mr. Bruce Fein, Prof Rachael Murray as well as special counsel, Aloy Ejimako have done well in initiating and leading the effort to a fruitful conclusion towards Kanu’s release.