Instagram Slay Queen, Teju Pretty confronted by businesswoman she was allegedly owing N1.055m for over a year 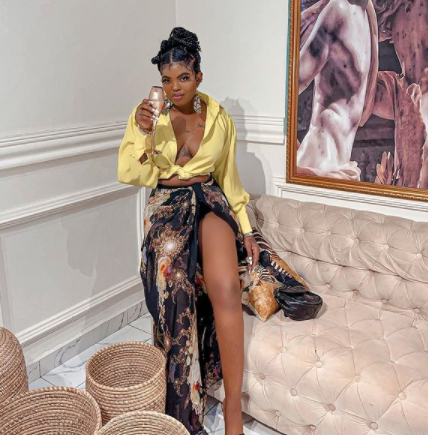 Instagram Slay Queen, Teju Pretty has been confronted by a businesswoman she was owing allegedly N1.055m for over a year.

The confrontation took place yesterday June 1 and some security operatives were present at the scene. 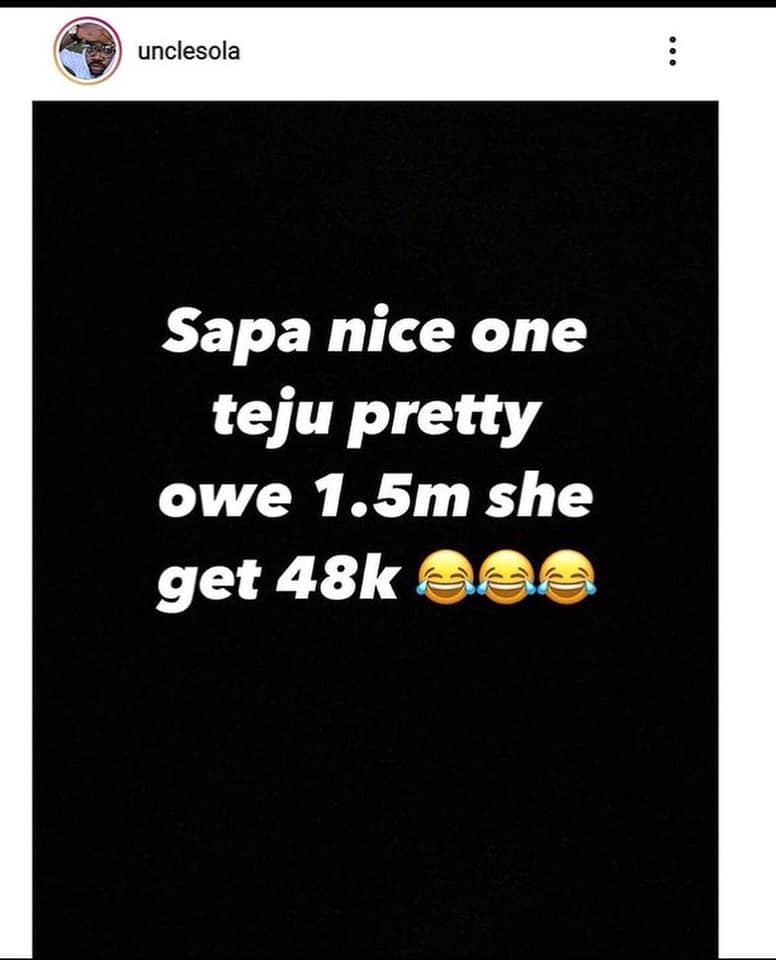 It was further alleged that she had only N47k in her account when confronted, leading to her calling someone else for help. 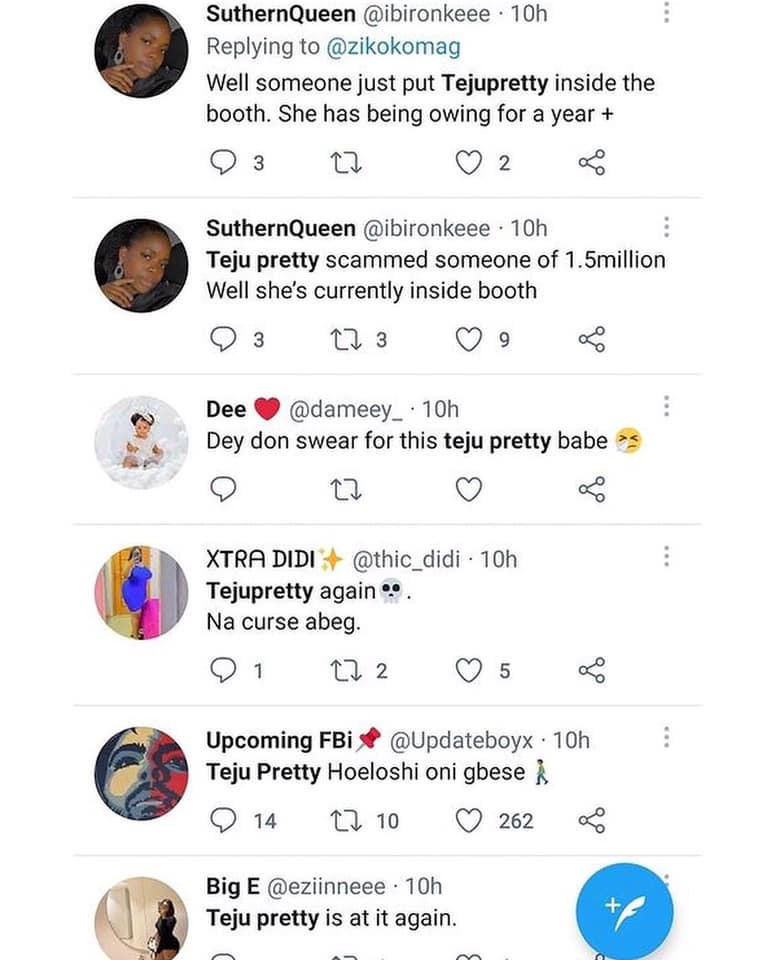