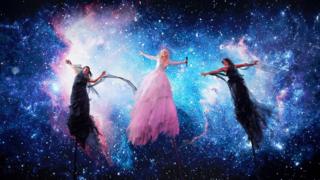 Teresa Giudice has her priorities in order! The Real Housewives of New Jersey star brought in her 47th birthday at the soccer field with her daughters while still awaiting the fate of her husband Joe Giudice’s deportation case.

The reality TV personality shared a series of Instagram Stories on Saturday, May 18, that showed her 14-year-old daughter, Gabriella, playing in a fast-paced game as Teresa could be heard cheering the team on.

In multiple pics and clips, her 9-year-old daughter, Audriana, garnered her mom’s attention by using the game as her personal tanning session, lying face down in the grass instead of watching the match.

Though Teresa and Joe’s other two daughters, Gia, 18, and Milania, 13, weren’t seen in any of the photos, both teens took to social media to honor their mother on her special day.

“Happy birthday to the most beautiful, strongest, funny, and caring mother there is? thank you for always being my number one supporter! here’s to another great year, you deserve it? Stay young mama,” Gia wrote alongside a handful of pictures.

Milania, for her part, gushed: “Happy birthday to my world, my rock, and my best friend. you are the most strongest, caring and most beautiful woman inside and out. Thank you for doing everything for me! I don’t know what u would do without you mama! I love you to infinity and beyond!”

However, it wasn’t just a family Saturday at the soccer field for Teresa for her birthday. Later in the day, the Standing Strong author was pampered at a local New Jersey hair salon where she sipped on mimosas while two hair stylists curled her mane.

Joe — who was ordered in October 2018 to return to his native Italy following his 41-month prison sentence for fraud — was taken into ICE custody in March after he was released from jail. His deportation was postponed the following month by a federal judge after he filed a second appeal.

Earlier this month, Teresa’s brother, Joe Gorga, dished on the family’s plans for a “low-key” birthday celebration for her. “We’re going to be spending it at her house,” the Gorga Guide to Success author said.

Scroll down to see pictures of Teresa’s fun-filled 47th birthday!