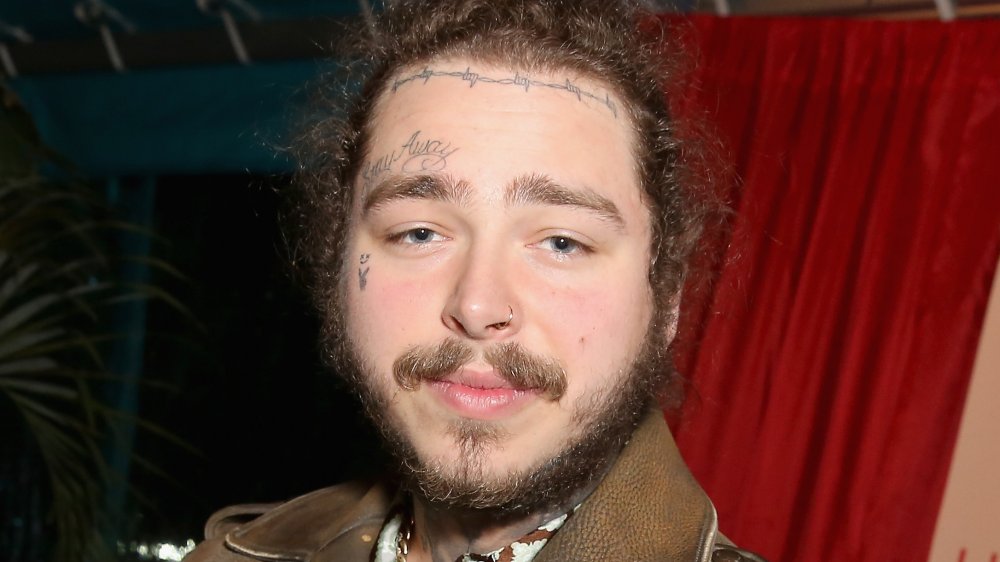 Inside Post Malone’s love life, Ashlen Diaz apparently wasn’t always Post Malone’s sunflower. The pair have self-admittedly run in circles with their relationship. According to the Daily Mail, Diaz opened up during a Q&A with her fans in June 2018 and admitted that they’d taken “breaks” from each other before, but why?

During their joint interview on The Breakfast Club in 2015, a soft-spoken Diaz was asked if she was nervous that Malone would get huge and break up with her. “I mean, yeah,” she admitted. “But I think we have something that’s keeping us together.” At that time, Diaz also revealed that she’d probably forgive the rapper if he cheated on her, but she wasn’t sure — which could potentially explain some of the couple’s alleged on-off behavior later down the line, at least if you’re looking at all of the rumors.

Though Post Malone repeatedly shut down Charlamange’s intense insistence that he’d eventually cheat on Diaz, numerous outlets have since reported on this hearsay, per the Daily Mail. Reddit has also been buzzing with speculation, including an alleged Instagram screenshot that may or may not show Diaz dissing the rapper’s supposed wandering eye. Since it’s so easy to fake a screenshot, and since Diaz deleted a huge chunk of her social media, it’s impossible to know.

At the end of the day, Posty said he’s a good boy, and we don’t see Diaz saying anything otherwise.