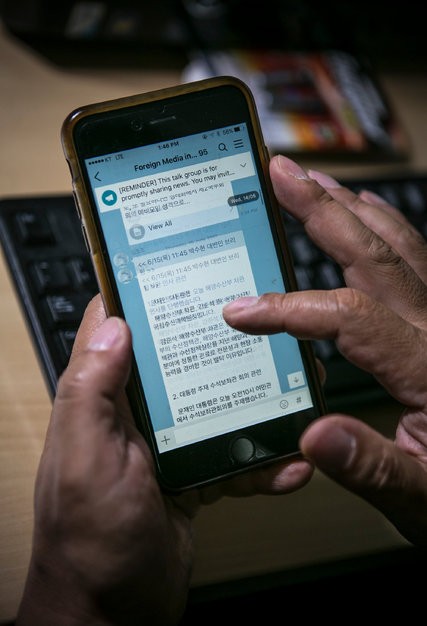 But there is a problem.

South Korea blocks its people, or anyone using the internet in the country, from accessing North Korean websites. If you try to open the K.C.N.A. website, a government warning pops up. It’s the same warning the government issues to internet users when it restricts access to pornographic materials online.

I use the Tor browser to circumvent the government firewall. Web pages open slower on Tor than on Chrome and other regular browsers. Still, it’s a godsend for journalists reporting on North Korea from the South, where Cold War-era fears still drive the local government to censor the internet.

What’s your favorite tech tool for doing your job?

I use Evernote to help organize my life as a journalist.

With a few clicks, you can clip a news article, commentary, analyst paper, PDF file, video link and other contents you find on the web and want to save for a later reference, and store them in a designated online “notebook.” I find this “Web Clipper” function particularly useful when researching a certain topic, say North Korea’s market reforms, for weeks or longer; I create a “North Korea Economy” notebook and save related contents there for easy access.

What is Samsung’s influence on South Korea, since the tech company’s revenue accounts for a significant portion of the country’s gross domestic product? 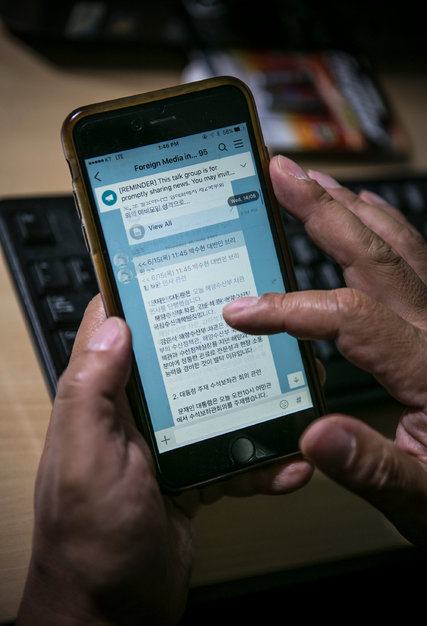 One can’t talk about how well or badly South Korea’s economy is doing without talking about Samsung. Samsung has a pervasive presence in the country. It produces best-selling smartphones, TV sets and refrigerators. It runs insurance, shipbuilding and construction companies, to just name a few of its dozens of affiliates. If she likes, a South Korean can live in a “Republic of Samsung”: She can get married and honeymoon in Samsung hotels; have her baby delivered in a Samsung hospital; take him to a Samsung amusement park; send him to a Samsung university; and stock her Samsung apartment with Samsung home appliances bought with a Samsung credit card.

But the name Samsung also has a darker side among Koreans. Six of the 10 top chaebol leaders, including Samsung’s chairman, Lee Kun-hee, have been convicted of white-collar crimes, including bribery, although they have never spent much time in jail. If Samsung symbolizes wealth and technological savvy, many Koreans also accuse the corporate behemoth of corruption and excessive power.

Mr. Lee’s son, Samsung’s vice chairman, Lee Jae-yong, who has been running the conglomerate while his father remains bedridden after a stroke, is now under arrest and on trial on charges of bribing Park Geun-hye, the impeached and ousted former president of South Korea.

How does Samsung affect the way you live and work?

I use only three Samsung products in my office — a Samsung TV set, a Samsung fax/printer and the Samsung monitor for my Dell desktop — though many of the tech products around me at home and in my office may contain Samsung components, like computer chips.

I used to use a Samsung Galaxy Note smartphone until I switched to an iPhone three years ago. I like my iPhone, but I have a major complaint about it: It doesn’t allow you to record your phone conversations. What if a spokesman calls you back and dictates a statement while you are driving a car or standing in a crowded subway car? With my old Samsung phone, I could just tap the screen a couple times to record the conversation. You can’t do that with an iPhone.

Recording phone conversations is legal in South Korea, and journalists and others routinely do it. Samsung and others market smartphones with a built-in phone-recording function. Apple doesn’t. I am thinking seriously of switching back to an Android phone when I retire my iPhone.

Beyond your job, what tech product are you obsessed with in your daily life?

I’m not savvy with tech products. I have my desktop, my company-issued MacBook Air and my iPhone. That’s about all the tech hardware I use. Online, though, I use the Naver and Daum maps all the time when I travel and go to an appointment. They are like Google maps, but more convenient to use in South Korea. Naver and Daum are the country’s two biggest web portals and search engines. Google holds only a minor share in the search engine market of South Korea.

I used to use my Kindle a lot, but not anymore. I have switched back to paper books. But Kindle is still very convenient when I am traveling and want to keep my bag light.