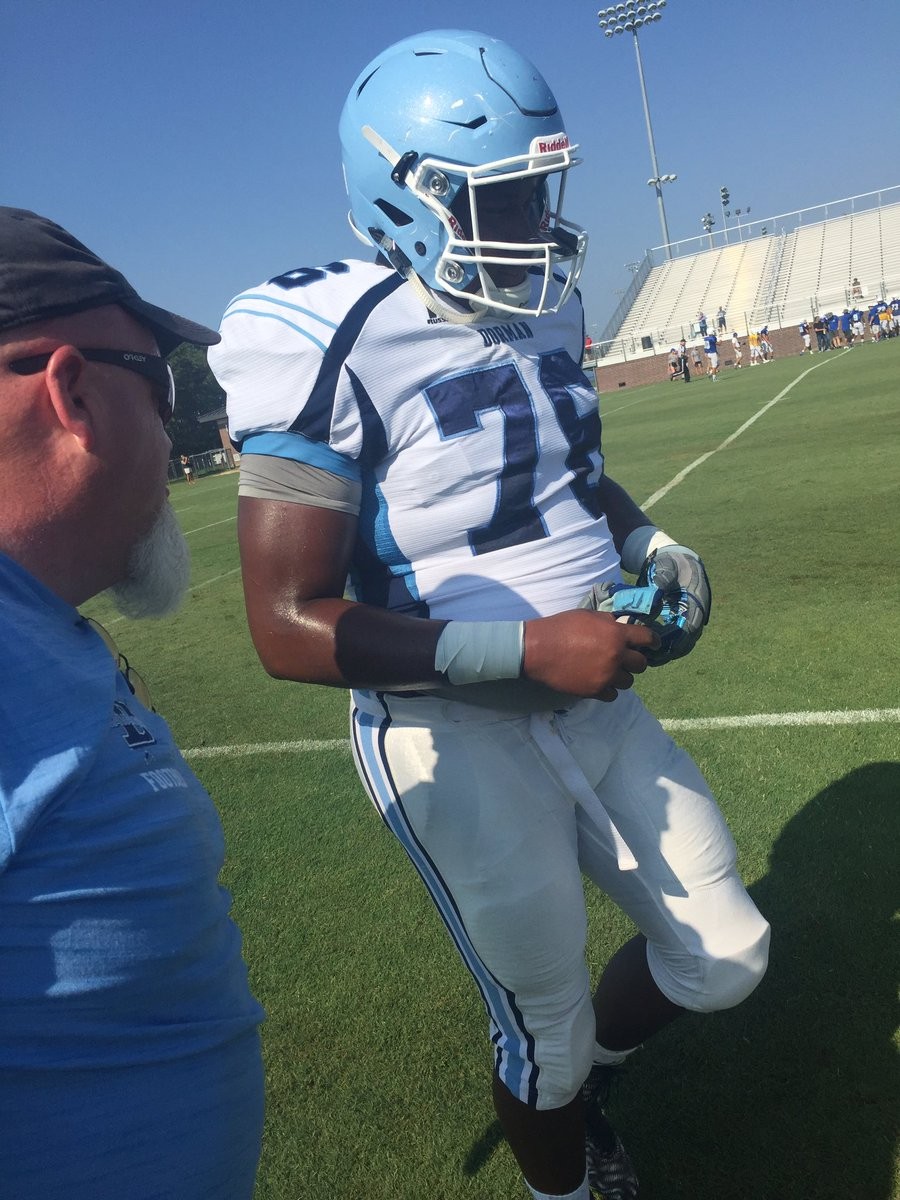 With one commitment already in tow for Independence Day, the fireworks continued into the evening as Virginia Tech added a commitment from Jordan McFadden.

McFadden is a 6-foot-4, 280-pound offensive lineman from Dorman High School in Roebuck, S.C. He’s rated as a 3-star prospect by both Rivals and 247Sports, and holds offers from several Power 5 teams. Duke, Rutgers and Michigan State were the other teams in McFadden’s top group.

Caleb Steward was the first recruit to commit to the Hokies on Tuesday, and both Steward and McFadden have boosted Virginia Tech’s recruiting momentum into July. Since May 30, Virginia Tech has landed 11 commitments for the Class of 2018. Tech will do their best to parlay those commitments into a few more at the annual summer BBQ, scheduled for late-July.