In pictures: Protests across US against abortion bans 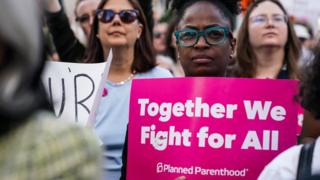 Thousands of people have taken part in co–ordinated rallies across the United States to protest against several states passing tough laws to restrict abortions.

The anti-abortion bills, approved by Republican state legislatures amid a nationwide push for new restrictions by opponents of abortions, are likely to be challenged legally, forcing a ruling by the Supreme Court.

Those against abortions hope the court – which now has a Conservative majority following appointments by President Donald Trump – could then overturn the 1973 Roe v Wade ruling that established a woman’s right to terminate her pregnancy.

Last week, the state of Alabama passed the most restrictive law yet, banning abortion in all cases apart from when the mother’s life is at risk. Arkansas, Georgia, Kentucky, Missouri and Ohio are among the other states to pass new abortion restrictions.

Earlier this year the Supreme Court blocked implementation of new abortion restrictions in Louisiana. However, the ruling was made by a narrow margin and the case is due to be reviewed later this year. 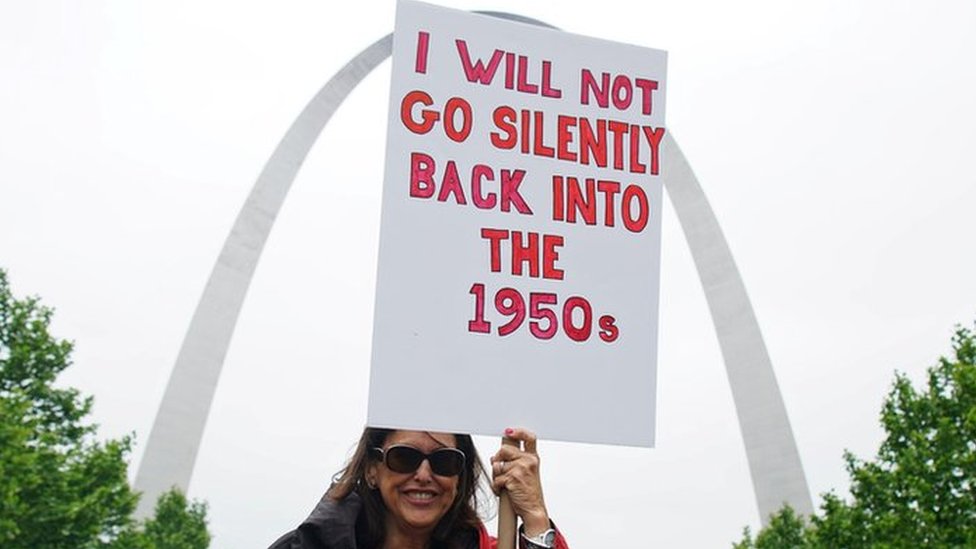