in 2023: Senate President Ahmad Lawan tells Nigerians, Vote us out if you’re tired of seeing our faces 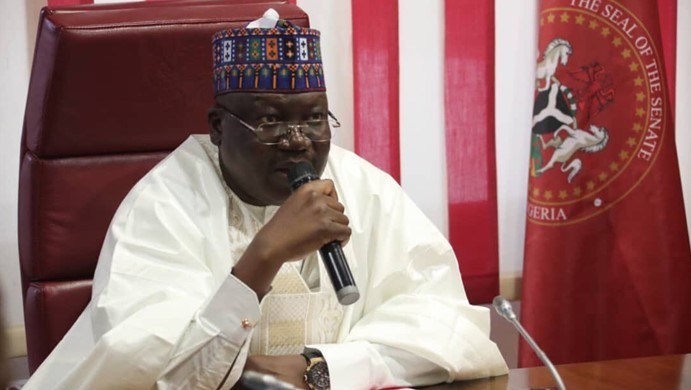 On Friday, Senate President Ahmad Lawan warned that there could be anarchy in the country if the Senate is scrapped, as being clamored by Nigerians in some quarters.

He proffered an alternative solution that involves voting them out in the next election.

He challenged Nigerians who are not comfortable with the senators in the upper legislative chambers to vote them out in 2023 if they don’t like their faces.

Lawan made the statement while declaring open, a retreat for top management staff of NASS and the National Assembly Service Commission in Abuja.

According to him, the Senate ensured that all parts of the country are equally represented, unlike the House of Representatives, where states with higher populations produce the highest number of lawmakers.

The Senate President also faulted the argument of those clamoring for the scrapping of the Senate because of the perceived jumbo pay being earned by the senators.

He added that the National Assembly’s annual budget is less than one percent of its 2021 budget.