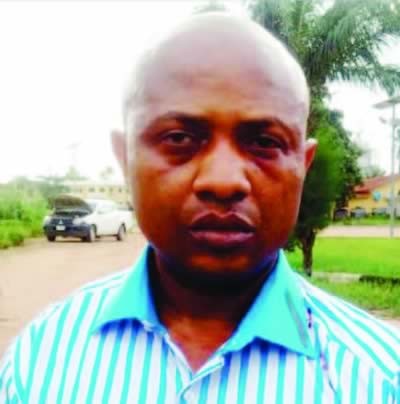 As revelations of the criminal activities of the infamous kidnap kingpin, Chukwudi Onuamadike (aka Evans), continue to come up, the suspect has explained how he and his gang once hijacked a bullion van and took N200m from it.

Evans, who was apprehended in one of his mansions in Magodo Estate, Lagos, last Saturday, said the bullion van robbery, which was carried out on the Aba-Port-Harcourt Road in Abia State, was one of three of such.

He told journalists on Friday, “In 2007, I travelled to South Africa to deal in drugs and returned to Lagos the following year after a customer, who did not want to pay for a drug I supplied him, shot me on the shoulder.

“With the little money I had from my trip to South Africa, I came back to Nigeria and a friend of mine, Kingsley, introduced me to one of his gang members known as Too-Much-Money in Abia State.

“Too-Much-Money got me involved in the bullion van robbery. We hijacked a tipper we found on the Aba-Port Harcourt Road to intercept the bullion van.

“We forced the driver and his police escort to open the van.  We got N80m from the van and I was given N1.8m as my share.

“Another operation was in Enugu where I met a gang leader called ND. We adopted the same tactic to attack another bullion van containing N200m. When we wanted to share the proceeds, ND collected our guns and gave us N200, 000 each.”

According to the suspect, the third robbery operation was on Umuahia Road where he and some new gang members attacked another bullion van. He said he used the N7m share he got from the operation to stock his shop in Lagos.

Meanwhile, the police have discovered two houses owned by Evans in Accra, Ghana.

A top detective involved in the recovery of the property told Saturday PUNCH that the value of the two buildings in Ghana had yet to be ascertained.

YOU MAY ALSO LIKE: I collect ransom in dollars, says Evans, notorious kidnapper

“Apart from those two mansions in Accra and Magodo, Lagos respectively, the suspect still has more properties that we have yet to discover. We will ensure that all the properties are unearthed,” the source added.

The Force Public Relations Officer, CSP Moshood Jimoh, had yet to reply to a text message sent to him on the development.

It would be recalled that the 36-year-old was arrested alongside six of his gang members – Nwosu Chukwuma (aka Sudo), 42; Suoyo Paul (aka Nwana), 42; Felix Chinemerem, 36; Chukwuemeka Bosah, 28; Uchechukwu Amadi and Ogechi Amadi.

While he was paraded at the Lagos State Police Command’s headquarters in Ikeja, he confessed to have collected millions of dollars in ransoms.

But his latest confession showed that he had participated in bullion van robberies in Abia and Enugu states.

The native of Nnewi North Local Government Area, Anambra State, explained how he linked up with several gangs and rose to become a kingpin.