I was struggling as a stand-up comedian –Teju Babyface 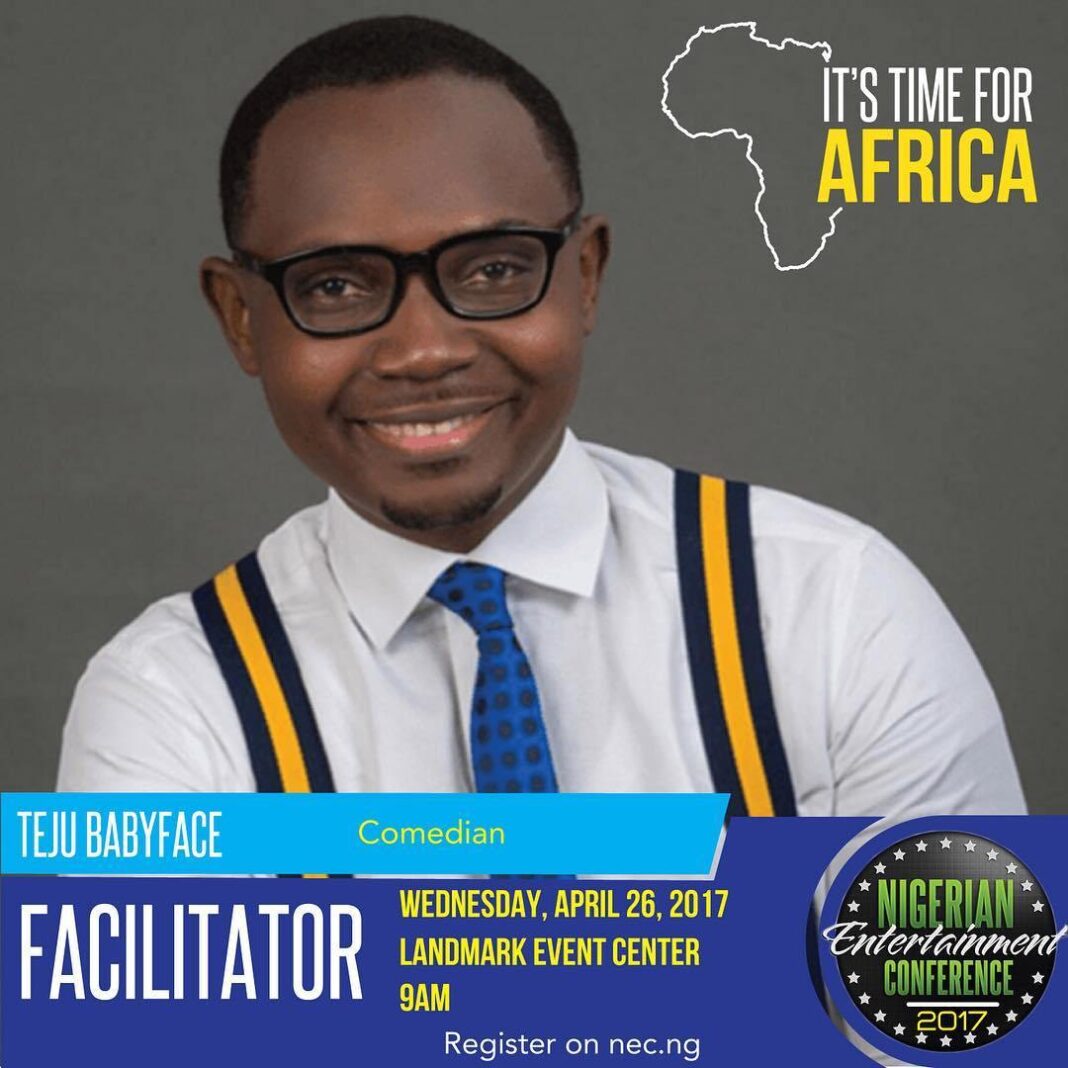 Iconic comedian, Teju Babyface, bowed out of the stand-up comedy industry about three years ago and it seems he is not rescinding his decision.

In a chat with Saturday Beats, the comic act turned television presenter said that he threw in the towel on his comedy career mainly because he was constantly struggling. He said, “It was always a struggle to be a comedian. You may not have seen the struggle but every time I got on stage, it was a constant struggle. I had to prove myself to the audience constantly at every performance. It was a constant struggle and there were times I had been called on stage and the applause at the best of time would be polite, at the worst of times it would be non-existent. If you think about it, I really did not look like a comedian. It was as if the audience did not believe I could make them laugh; so I always had to prove myself. There was a time that it did not matter because I really enjoyed doing it. But after a certain time, your inner man would call out to you and things like discontent would start to set in.”

He told Saturday Beats that his conviction was further fuelled when he realised that he could never be the number one stand-up comedian in the industry. Babyface however emphasised that he would always remain a comedian.

“It occurred to me that I was never going to be the number one stand-up comedian. I would never forget that day. It occurred to me several times in my stand-up comedy career but there was a certain day I had a lucid moment after a particular performance. As I got off the stage, it occurred to me that I was not called to be a career stand-up comedian. It was just a stage through which I had to pass. I am not saying I am not a comedian because I will always be one but I am no longer a stand-up comedian. I like to use the example of Steve Harvey in the US. He did his last stand-up comedy show in Las Vegas in 2012 but he hosts the Steve Harvey show on television and radio, he has a children’s show and he is also an author.  He is a business magnate but he would always be a comedian. You cannot watch him and not laugh and it is the same thing with me. Either it is the Teju Babyface show or you are reading my book or listening to me speak; you will always laugh but I would not stand on stage like I used to do to tell jokes,” the comedian said.

Currently embracing his new found love which is public speaking and writing, the television presenter recently launched his debut book titled, ‘Secrets of the Streets.’ He told Saturday Beats that he has found more fulfilment and peace in his new endeavour.

“I did not set out to write a book but I believed some years ago that I was meant to speak to people, to become a motivational speaker. I found out that I was writing a lot of things that I intended to speak about but the challenge was that nobody was calling me to speak. It was a challenge to find somewhere to speak and the places I wrote to always felt that I am a comedian and wondered what I know about public speaking. After putting all the materials in my computer for a while, my friend suggested that I should write a book. I laughed at him at first but since he said I would become an authority if I write a book, after thinking about it for a while, it made sense to me. When I was launching the book, I found peace in my heart. Someone asked me if I had made the money I intended to make and I told them that they do not have an idea. I did not run into debt trying to do it but it is not about money anymore. There is a joy I feel being an author and I feel like a man who had finally found himself. A few people who saw me during the book launch said it in different ways that I have finally got into my place through writing and speaking,” Babyface said.