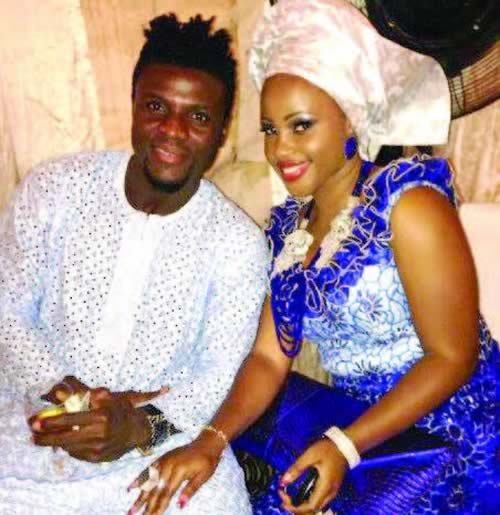 I was born in Lagos and I grew up in the Apapa area of the state. I am the fourth child but the last girl. One of the  most memorable experiences of my childhood were those times when my late dad  rewarded me with N2,000 for coming first at the end of every school term.

For my primary school education, I attended Command Children School, Mile2, and Gideon Comprehensive High School, Okota, for my secondary education. I have an Ordinary National Diploma in business administration from the Lagos City Polytechnic. I was also admitted to study Biology at the University of Lagos, but I opted out after I fell pregnant.

Even though I was a science student, I wanted to become a politician or an actress. I knew right from primary school that I liked acting but my late dad and mum believed I would be better off in science class. I got into Nollywood by joining a drama troupe, and studying acting and producing in a school run by the Independent Television Producers Association of Nigeria.  Before then, I featured in a programme on NTA 10 titled Speak Out.

The first movie I acted in is Eji Owuro, produced by Bimbo Oshin. However, Itakun and Edge of Paradise thrust me into the limelight. I cannot recall all the movies that I have acted in but they are not too many because I’m a very choosy person.

One thing that I pay attention to is a good storyline. If it is a script that has a meaningful and tangible message to pass across, I would be willing to partake in it. There also has to good equipment to shoot the movie, so that the production would come out well and our efforts wouldn’t be in vain.

I have produced four Yoruba movies and four English movies. Their titles are Imoran Ika, Opa Abo, Olasubomi, Bomilashiri, Rivers Between, Rough Day and Blindspots. However, none of my English movies is in the market yet and we are facing some challenges which I may share later. Two of my new movies, The Chauffeur and Rough Day, will start showing in the cinemas soon. My production company, Beehay Media Concepts, handles most of my projects but I also work with some external investors, including an online platform called Skye9 Movies.

There have been quite a number of challenges that I cannot even begin to recall them all now. There is a particular marketer that has owed me since 2011. Some of these marketers would make money from the movies but would refuse to pay up. It can be quite frustrating and that is why I stopped producing Yoruba movies for a while. Street urchins also disturb us all the time and it is tiring and sad.

I’ve learnt to always enjoy what I do, stay focused and to be myself at all times. I also continually strive to improve my craft and compete with myself alone.

I admire people who are talented, committed to their jobs and are doing well. I look up to people like Joke Silva, Rita Dominic, Omotola Jalade-Ekeinde, Kunle Afolayan and Izu Ojukwu.

My hubby was a fan and I met him through a colleague. It is not true that he paid millions for my phone number. I am happy I met my hubby and that I am married to him. I did my children a great favour by having him as their dad. Despite the fact that he is a footballer, he lives a very decent life. He has his flaws and I have mine but we are both working on ourselves. I usually listen to advice from family, friends and fans. And in everything I do, I always think of my kids first.

I appreciate and put them in their right place. Some could be stubborn and want a relationship beyond friendship. I simply cut off those in that category.

I don’t want to discuss that but I have developed a thick skin to a lot of things. As an actress, you will see and hear all sorts but you must not let it get to you. If it does, it could derail you and cause you to lose focus. However, as a human being I don’t feel good whenever some of these things happen.

I would describe my fashion sense as contemporary. It is highly influenced by my mood and the weather. My favourite fashion item is my sunglasses. I don’t think there is anything I cannot leave home without. I can be very weird at times, and that’s the real me. However, I don’t think I can ever be caught wearing a bikini.

To be honest, finding a balance between my career and being a mother is not easy. But that doesn’t mean it is impossible. I try as much as possible to give my family 100 per cent attention whenever I am not on location, and while on set, I give them about 20 per cent, which is usually at night or whenever I take breaks. But I would have put things in place and made some provisions for them to cope with my absence so that the impact is not felt too strongly

I love to hang out with friends, watch movies and generally have a good time. I also enjoy spending time with my family.