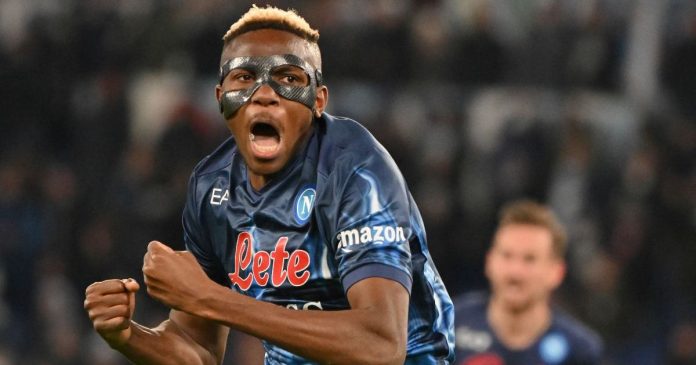 The 23-year-old was hurt in a Serie A match clash against Inter Milan on November 21.

The Super Eagles striker told Wazobia FM: “That injury I had against Inter Milan was like a near-death injury. I am the only one that felt it, and I can only speak about how I felt because it was my face and body.

“But to be able to stand up without using the stretcher, walk out of the pitch on my own, then I knew that it was something I could handle.

“For me, as I got to the hospital, I told my doctor that I would be out for two weeks maximum.”

The former Lille man also revealed he had 18 screws in his face, which put him in severe pain.

He added: “When the scan came out, I fractured many bones, which they had to remove and fix inside again.

“I have like 18 screws under my jaw. I went through a lot. A lot of sleepless nights. I could not sleep, I could not eat with the pain. But at the end of the day, I am a lion, and I know the kind of mentality I have.

“In my mind, I had already scheduled my return following the surgery.”

Despite the injury, Osimhen went on to score 14 goals in Serie A to help Napoli finish behind champions AC Milan and Inter Milan.