How Jill Duggar is making extra cash after Counting On firing 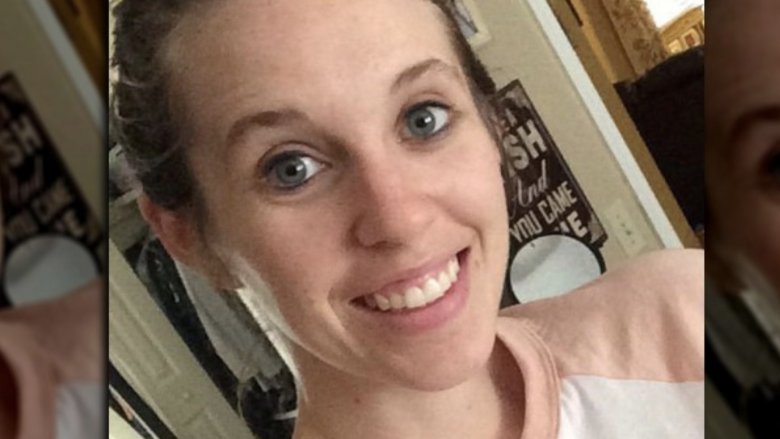 Reality TV star Jill Duggar, whose first claim to fame was TLC’s 19 Kids and Counting, has been coming up with some new ways to earn money since her husband, Derick Dillard, was fired from their show, Counting On.

As OK! Magazine reports, Duggar has hopped on the paid social media posts train, getting sponsored to promote products to her 1.6 million Instagram followers. One such product is the FabFitFun subscription box, which sends subscribers quarterly packages full of beauty, health, and lifestyle items. On Tuesday, Aug. 21, 2018, Duggar shared a photo of herself with a box of goodies from FabFitFun, telling her fans that she’s “discovered several new amazing products that usually cost more than you pay for the box!”

Promoting the heck out the box, she added, “It’s like a gift to yourself every season…like Christmas 4x a year!!”

As Nicki Swift previously reported, Duggar’s husband, whom she married in 2014, bashed transgender woman and fellow TLC star Jazz Jennings online back in August 2017, criticizing her lifestyle. “What an oxymoron… a ‘reality’ show which follows a non-reality,” he tweeted out. “‘Transgender’ is a myth. Gender is not fluid; it’s ordained by God.”

In response to Dillard’s comments, TLC released a statement to the public, noting that he had not appeared on Counting On for months and that the network had “no plans to feature him in the future.” TLC added, “We want to reiterate that Derick’s personal statements do not reflect the views of the network. TLC is proud to share the story of Jazz Jennings and her family and will continue to do so.”

So, given that Duggar and Dillard won’t be receiving a hefty paycheck from TLC anymore — though she reportedly wasn’t officially fired, Duggar didn’t appear in the latest season of Counting On (via People) — the couple will have to find new ways to make some extra cash. And the parents of two will likely need the money now more than ever, as Dillard is heading back to school. On Aug. 13, 2018, Duggar announced on her family’s blog that Dillard will be attending law school at the University of Arkansas. Just one day before they revealed the big news, Duggar had shared that her husband had graduated from the Cross Church School of Ministry.

And, if fans’ theories wind up being true, Duggar and Dillard may need even more moolah, as they may have another kiddo on the way. According to In Touch Weekly, some of Duggar’s Instagram followers believe she’s pregnant with her third child, as she shared her obsession with eating gummy candy — something that several commenters said they craved when they were expecting. Considering how many children Duggar’s parents had, we wouldn’t be surprised to hear that she and Dillard had another bun in the oven. But, of course, this is all just speculation at this point.

Fortunately for Duggar, it might not be long before TLC welcomes her back onto Counting On, as fans have cried out for her return to the reality TV series. After the Duggar family posted a photo of Duggar with her sisters Jana, Jessa, and Jinger on their Facebook page, followers left comments wishing she’d once again appear on the show with her siblings, as reported by In Touch Weekly. “I miss Jill, wish they would put her back on the show,” one commenter wrote.

Still, we’re not so sure that TLC would welcome Derick Dillard, who once accused the network of not paying him for his appearances on the show, back with open arms, and we don’t blame them one bit. And we can’t exactly see Jill Duggar rejoining the series’ cast without her husband by her side. So, we guess that, for now, Duggar will just have to stick to pushing FabFitFun promo codes on her followers and hope she continues to make a pretty penny from paid sponsorships.