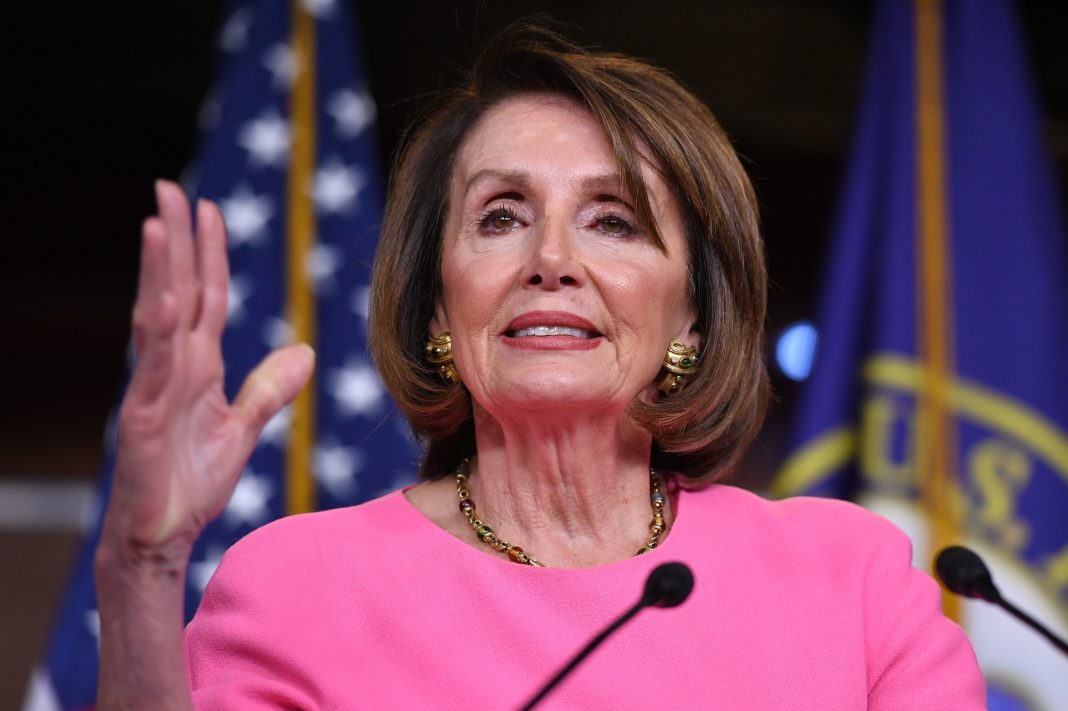 US House Speaker Nancy Pelosi speaks during her weekly press conference at the US Capitol in Washington, DC, on May 23, 2019.

House Speaker Nancy Pelosi told reporters Thursday that she wishes President Donald Trump’s family or staff would stage an intervention, citing Trump’s abrupt move to end negotiations on infrastructure during a meeting the day before.

“This time, another temper tantrum, again. I pray for the president of the United States,” Pelosi said. “I wish that his family or his administration or his staff would have an intervention for the good of the country.”

The comment comes a day after Trump left a meeting with Pelosi and Senate Minority Leader Chuck Schumer, D-N.Y., at the White House. Trump told the Democrats that he will not deal with them on legislation while they pursue investigations into his businesses and personal finances.

Trump, in a post Thursday on Twitter, said that he was “extremely calm” during the aborted meeting and blasted what he called “the Rage narrative” about his emotional volatility. He said he left the meeting because Pelosi accused him earlier in the day of a cover-up.

“It is not possible for them to investigate and legislate at the same time,” Trump wrote.

Pelosi said she believed what irritated him was a legal setback Monday in Washington permitting his accounting firm to hand over certain financial records to House Democrats. She said he “must have known” that he would lose a separate case, brought by another House committee seeking his financial records, in a ruling that came later Wednesday.

“I think what really got to him was these court cases and the fact that the House Democratic Caucus is not on the path to impeachment, and that’s where he wants us to be,” Pelosi said.

The House speaker reportedly told her colleagues earlier Thursday in a closed-door meeting that Trump “wants to be impeached ” by the Democratic-controlled House of Representatives so that he can be vindicated by the Senate, where Republicans hold a narrow majority and removing the president from office requires a two-thirds vote.

The White House did not immediately respond to a request for comment.