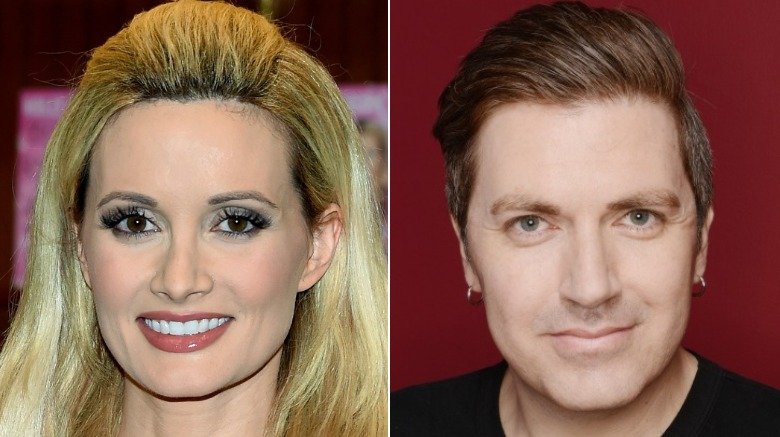 It’s over between Girls Next Door alum Holly Madison and her husband, Pasquale Rotella.

On Tuesday, Sept. 25, 2018, the longtime couple took to Instagram to confirm the end of their nearly five-year marriage.

“It is with love in our hearts and a deep respect for one another that Holly and I have amicably made the decision to separate,” Rotella, who’s the CEO of Insomniac Events, wrote alongside a sweet snapshot of their family-of-four. “First and foremost, we are forever partners and parents to two beautiful children, and are fully committed to raising them in an environment filled with love and positivity.”

Madison, 38, and Rotella, 44, had tied the knot at Disneyland in 2013 after getting together two years earlier. They share five-year-old daughter Rainbow and two-year-old son Forest.

Calling Madison a “talented woman and a beautiful soul” in his recent post, Rotella continued, “We remain the best of friends while co-parenting and continuing to support one another in our respective passions in life.” He concluded, “Though it was not a decision we made hastily or take lightly, Holly and I welcome this next chapter in our relationship, and have every confidence that the future will bring only the best for us and our kids. Thank you all for your continued love and support.”

Madison has since shared her ex’s statement with her one million followers.

Reports that the former Playboy model, who was famously a longtime girlfriend of the late Hugh Hefner, and Rotella had called it quits first broke early Tuesday morning. According to The Blast, Rotella reportedly filed for divorce in Las Vegas on Aug. 31, 2018. Meanwhile, a source cited by People magazine claimed that Madison is “doing okay” amid their impending divorce. At the time of this writing, further details about their divorce proceedings, including custody and spousal support arrangements, have yet to be revealed.

Madison and Rotella unfortunately aren’t the only celeb pairing in the Girls Next Door sphere to call it quits in recent months. As Nicki Swift previously reported, Kendra Wilkinson filed for divorce from former NFL star Hank Baskett after nearly nine years of marriage in early April 2018. Just last month, the Kendra On Top star admitted that “divorce sucks” while opening up about her new single life on social media.

We’re glad that Madison and Rotella seem to be keeping things amicable following their breakup. Now, if only all celeb romances could end on such good terms.