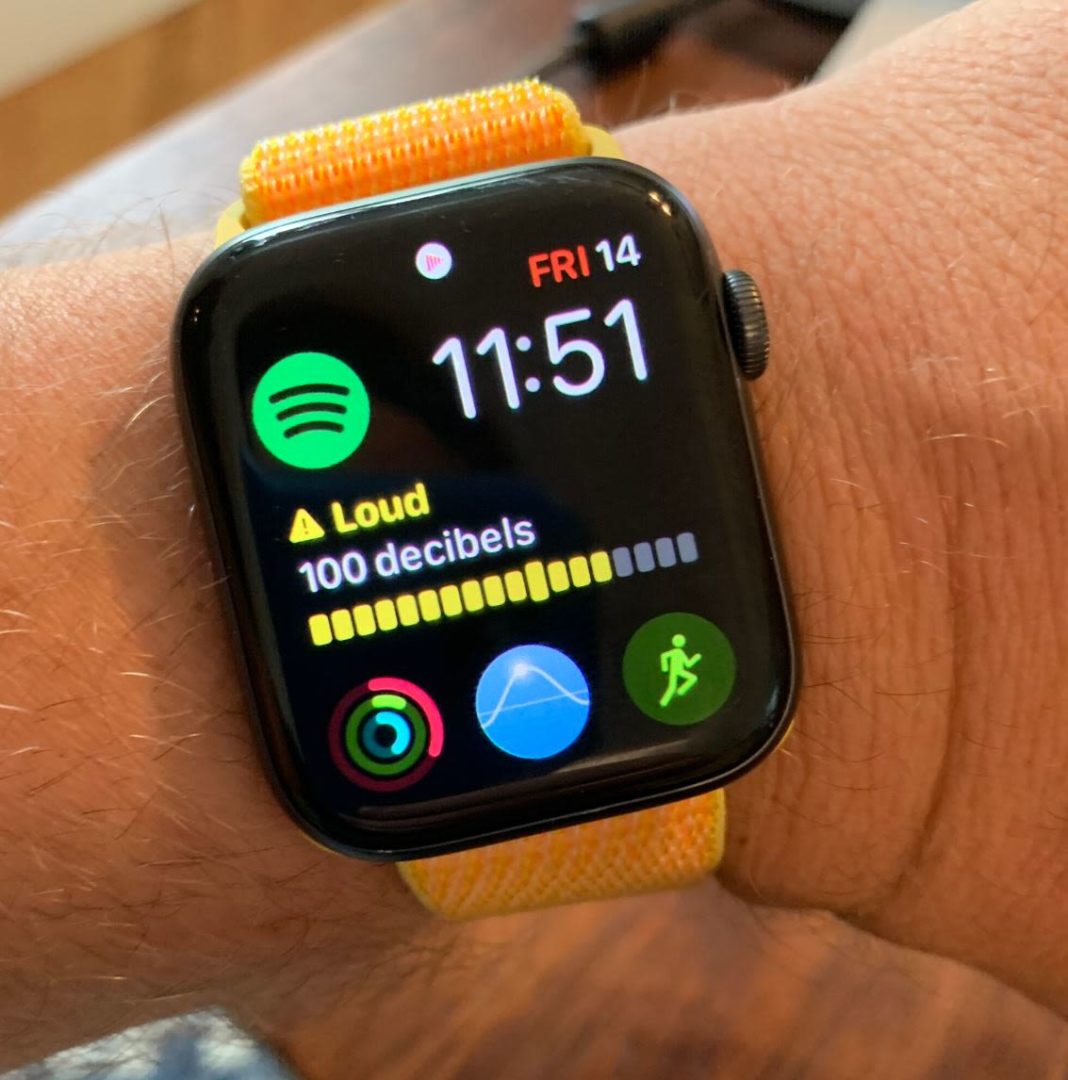 You shouldn’t be in an environment louder than 100 decibels for longer than 3 minutes, according to the World Health Organization.

Apple will update the Apple Watch with its latest software, watchOS 6 in the fall. It’ll include a new feature called Noise that can be used to notify you if the environment you’re in is loud enough to damage your hearing. I tried it out using the watchOS 6 beta, and it’s pretty neat.

Noise is off by default. But you can turn it on inside the new watchOS 6 Apple Watch app on your iPhone.

You can turn on the option in the new Apple Watch app, which will be available in the fall. I’m using a beta version here to test and show you.

I set the controls right in the middle, at 90 decibels, but you can choose to get a notification when your watch notices the volume in your environment is more than any of those thresholds for longer than three minutes. Then, on my Apple Watch, I turned on one of the watch widgets (Apple calls these complications) to show me decibel readings in real time.

The watch showed the environment I was in was at a safe 34 decibels just sitting at the computer. It jumped to about 45 decibels when I was typing, but again that was still safe. I turned on Spotify and it jumped up a little bit more:

The Apple Watch will soon tell you if it’s too loud.

Then I cranked up the music volume and my dog started barking. According to the World Health Organization stats, I shouldn’t be in this environment for more than five hours a day.

You should limit your exposure to anything louder than 80 decibels to less than 5 hours a day, according to the World Health Organization.

Finally, I was able to get it up to 100 decibels by whistling as loud as I could right into the Apple Watch:

You shouldn’t be in an environment louder than 100 decibels for longer than 3 minutes, according to the World Health Organization.

Had I stayed in this environment for longer than three minutes, I would have received a notification that the sound level could be high enough to damage my hearing. The widget is useful and is a good way for you to see how dangerous some of those environments can be. In many cases, I probably would know if something is too loud, like at a concert, where some people wear earplugs for extra safety.

Apple says that water or wind can affect the accuracy of the ratings, so it might be off if you’re out on the beach or just took a swim. Also, Apple says it “does not record or save any sounds to measure these levels,” so it’s not listening to what’s going on around you.