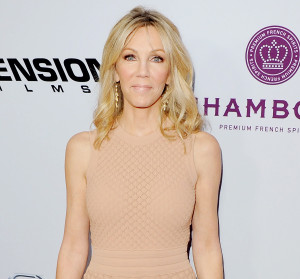 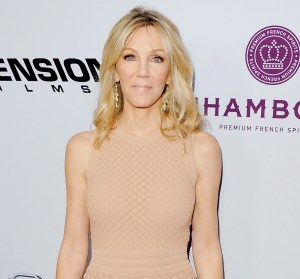 Heather Locklear has been put on a 5150 psychiatric hold, according to multiple reports.

The Daily Mail, the first to report the news, claimed Locklear was placed on the 5150 hold because she had assaulted her boyfriend, Chris Heisser, but TMZ reports no crime was committed and the hold was requested as a precaution.

Locklear was at home on the afternoon of Sunday, November 18, when her therapist realized she was having a mental breakdown and needed help, after which someone called 911, according to TMZ.

The 5150 hold, an involuntary 72-hour psychiatric hold, is the latest setback for the Melrose Place actress, whose run-ins with authorities have made headlines throughout the year.

Locklear was arrested in February for attacking a police officer after a domestic dispute with Heisser.

The Dynasty alum was then hospitalized in June for psychiatric evaluation after a family member claimed she was acting erratically and threatening to hurt herself, according to an Us Weekly source at the time.

That same month, Locklear was arrested for two counts of misdemeanor battery on a police officer and emergency personnel, after she allegedly punched one sheriff’s deputy and kicked an EMT.

Hours after her arrest on June 24, the six-time Golden Globe nominee was hospitalized for a possible overdose. “She didn’t want to leave her home to get further treatment that she had agreed to get earlier in the day,” a source told Us at the time. “Authorities were called when Heather said she had taken prescription medication and there [were] concerns she had taken more than she had been prescribed.”

Locklear subsequently sought professional help for the second time in three months, according to multiple sources. “[She is] entering long-term treatment for mental health and other issues,” one insider told Us.

Her troubles only continued, however. Jennifer Hayn-Hilton, the EMT in the June incident, sued the actress earlier this month, alleging that Locklear “struck, kicked and battered” her and said she hoped the paramedic’s children “would all die of AIDS.”

Locklear, whose last screen credit was a February 2017 episode of Too Close to Home, shares one daughter, 21-year-old Ava Sambora, with ex-husband Richie Sambora.