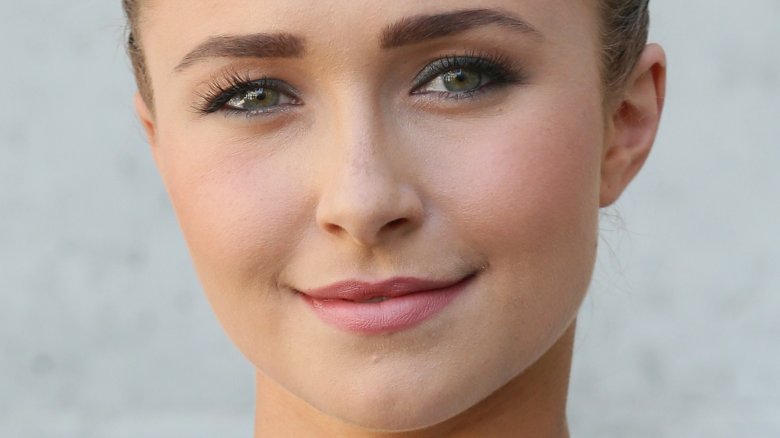 According to a Radar Online exclusive, published on Friday, Aug. 3, 2018, the former couple have reportedly called it quits after nine years together. As the actress’ mother, Lesley Vogel, told the gossip rag, “There are a lot of changes going on in her life. But I think they’re positive changes. And I think that she’s taking some time.”

Apart from Panettiere’s apparent split, one of these changes includes Nashville coming to an end this summer after a six-season run. “She’s been working for many years on that show,” Vogel added. “She needs to take a little bit of a break and make some decisions on her own of what she wants to do. So I think she is in a very good place.”

According to E! News, Panettiere, 28, and Klitschko, 42, first got together in 2009 after meeting at a mutual friend’s book launch event. The CMT actress later opened up about their real-life meet-cute while joking about their noticeable height difference on The Ellen DeGeneres Show, saying, “I know that I’m small, but he’s large. That’s how we met. I said, ‘You’re huge.’ And he said, ‘You’re tiny.’ And that was it.”

By 2013, Panettiere and Klitschko had announced their engagement, but weren’t necessarily in a hurry to set a date. As the actress told Cosmopolitan UK in 2014, “We are very laid-back about the wedding plans; we don’t want to rush anything. We want the day to be fun, happy and stress-free.” That said, Panettiere had always felt that marriage and kids were in the cards, adding, “Growing up, the thought of not getting married never crossed my mind. It was always: I’m going to get married and then I’m going to have a family.”

While the two never made it down the aisle, they do share one child together — 3-year-old daughter Kaya — whom they welcomed in December 2014. According to a source cited by E! News, the formerly engaged pair are currently focusing on successfully co-parenting their only child amid what seems to be an amicable breakup — perhaps best proven by the trio’s recent family vacation in Greece just last month.

“At this point, Hayden is single and she and Wladimir are co-parents to Kaya,” the insider said. “Kaya is primarily with her dad and his family in Europe and Florida. They also spend time together as a family with Hayden. Hayden and Wladimir are on great terms and friendly. They are a big part of each other’s lives and will continue to be. Hayden is back in Los Angeles and figuring out what’s next.”

However, things haven’t always been smooth sailing for these two, whose long-term relationship has had its fair share of ups and downs. In July 2016, rumors of a split surfaced after Panettiere was spotted without her engagement ring. Continued speculation forced the Heroes alum to hit back on Twitter, writing, “Missing rings don’t mean the end of relationships. Blessed to be with my beautiful family.”

The following year, the actress revealed her long battle with postpartum depression, which had resulted in two separate stints in rehab, where she received treatment. “Women are so resilient, and that’s the incredible thing about them,” Panettiere said during her January 2017 appearance on Good Morning America. “I think I’m all the stronger for it. I think I’m a better mom because of it because you never take that connection for granted.”

At the time of this writing, neither Panettiere nor Klitschko have publicly commented on the end of their engagement. However, the actress was recently seen holding hands with an unidentified man in Los Angeles on Thursday, Aug. 2. Considering the timing, speculation surrounding the surprising sighting may have been what prompted Panettiere’s mother to speak with Radar Online in the first place.

Sadly, Panettiere and Klitschko aren’t the only celebrity couple to break up in recent weeks. WWE stars John Cena and Nikki Bella officially split late last month after calling off their wedding for the second time. Meanwhile, actors Josh Duhamel and Eiza González reportedly called it quits in late July after only five months of dating.