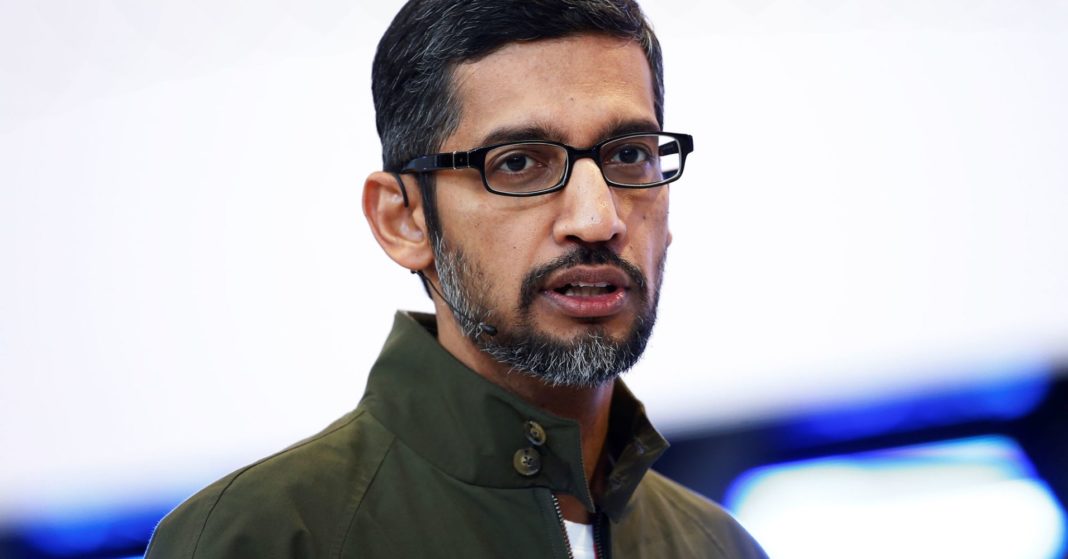 Google CEO Sundar Pichai is expected to testify in front of the House of Representatives Judiciary Committee on Dec. 5 at 10 a.m. to discuss transparency and potential bias on the platform, according to a release from the committee.

Google previously declined an invitation for Pichai or his boss, Alphabet CEO and Google co-founder Larry Page, to appear before the Senate Select Committee on Intelligence. Tech peers Jack Dorsey, CEO of Twitter and Square, and Facebook COO Sheryl Sandberg attended. The committee left an empty chair for Google.

Pichai later talked to members of Congress in a private session.

Now, the Google CEO will have to face lawmakers to defend its practices. The company has been accused of skewing search results against conservative viewpoints and has been criticized for its consideration of creating a censored version of its platform to reenter the Chinese market.

House Majority Leader Kevin McCarthy (R-Calif.) said in statement that Google’s vast reach requires the company to be responsible with its users.

“Unfortunately, recent reports suggest Google might not be wielding its vast power impartially,” McCarthy said. “Its business practices may have been affected by political bias. Additionally, reports claim the company is compromising its core principles by complying with repressive censorship mandates from China.”

“Online technology is now an integral part of most Americans’ modern lifestyle,” House Judiciary Committee Chariman Bob Goodlatte (R-Va.) said in a statement. “It has globalized society and made it possible for people to connect across continents, explore vast amounts of information, and share meaningful dialogue with friends. However, the technology behind online services like social media and Internet search engines can also be used to suppress particular viewpoints and manipulate public opinion.”