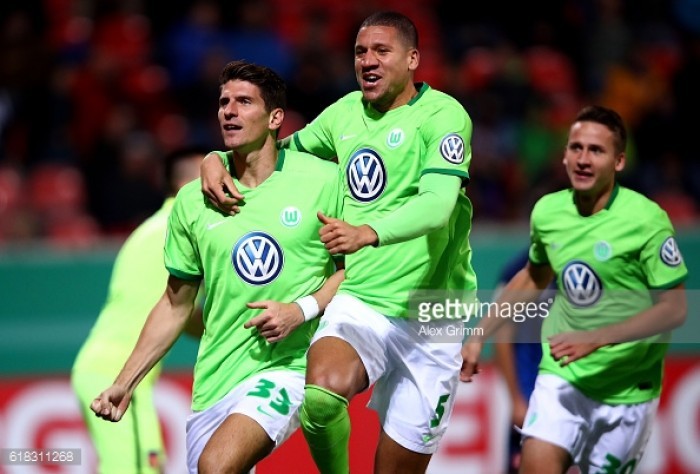 Mario Gomez scored a 35th-minute penalty as Wolfsburg built a slender advantage in the first leg of their Bundesliga play-off with Eintracht Braunschweig.

But the visitors also looked dangerous in a tough local derby, and Mirko Boland should have done better with an early chance to put his side ahead.

Wolfsburg looked stronger in the early stages of the second half and Didavi steered a good chance into the side-netting. Mario Gomez scored the only goal of the game

Fejzic pulled off a fine stop to deny Gomez and also proved equal to a Malli free-kick as the home side continued to press for a second.

But some resolute defending from Braunschweig gave them every chance of reversing the narrow deficit in their home second leg on Monday.