Wowplus
Home Gossips ”Going back into the #BBNaija house was no doubt a blessing and... 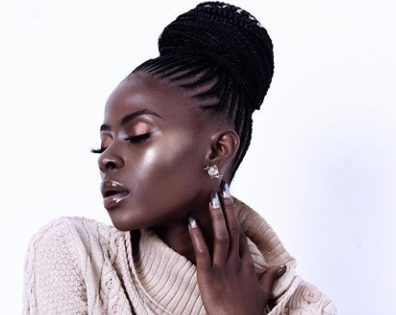 Recently evicted #BBNaija housemate, Khloe says her second entrance into the Big Brother house was a blessing and a curse for her. In a post she shared on her IG page, Khloe explained why her plan to ”set Ceec straight” as soon as she entered the house the second time did not work. Read what she wrote below

”Sometimes you have to disconnect to stay connected. Remember the old days when you had eye contact during a conversation? When everyone wasn’t looking down at a device in their hands? We’ve become so focused on that tiny screen that we forget the big picture, the people right in front of us.
Going back into the BBN house was no doubt, a blessing and a curse. Lets get this straight; It’s not about going around trying to stir up trouble. As long as I’m honest and I articulate what i believe to be true, somebody somewhere will become my enemy whether they like it or not.
I saw something in @ceec_official that I hadn’t seen previously and my whole ideology of “Setting her straight” was to take her out of her “lone ranger” phase and encourage her to mix. Guess what? I gained a friend. I never hated on @alex_unusual ;she represents an embodiment of my early years. The Alex-figure takes me down memory lane and I reminisce on how “expressive and all over the place” I used to be. I only disliked a trait in her and not the totality of her essence. I spread love, not hate
As for @miracleikechukwu , Common! I was disqualified from the show, sent home and I got to appreciate the overpowering love and support from his fans. Why would I hate on a guy and have his myriad of supporters hate me too? I only expressed the fact that fame & fortune changes people and it did look like Miracle will shift from his behavioural pattern in d BBN house to somebody else. But then, who am I to judge?
It’s okay to disagree with the thoughts or opinions expressed by other people. That doesn’t give you the right to deny any sense they might make. Nor does it give you a right to accuse someone of poorly expressing their beliefs just because you don’t like what they are saying. Learn to recognize good writing when you read it, even if it means overcoming your pride and opening your mind beyond what is comfortable. I remain the Queen of the KOKO ARMY.#kokomoney#kokobykhloegivaway#bbnaija#kokobykhloe#kokomoney #itsjustGAME#dontFallForScenes