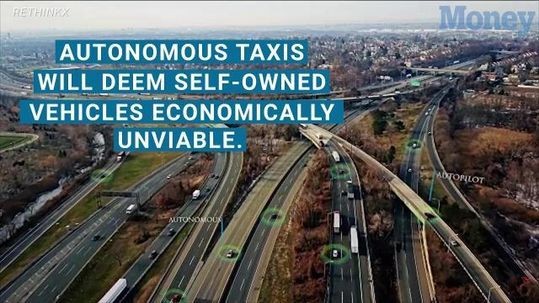 Self-Driving Cars Could Soon Save the Average Family at Least $5,600 a Year Time

GM Chairwoman and CEO Mary Barra talks with workers and members of the media at the Orion Assembly Plant in Orion Township on June 13, 2017 about the autonomous Chevrolet Bolt.(Photo: Eric Seals, Detroit Free Press)

LAKE ORION, Mich. — General Motors said Tuesday it has finished making 130 self-driving Chevrolet Bolt test vehicles, an achievement that the automaker says will help put it at the forefront of the race to develop and deploy autonomous cars.

“The autonomous vehicles you see here today are purpose-built, self-driving test vehicles,” Barra said before several hundred employees gathered at the plant in Lake Orion, Mich., Tuesday. “The level of integration in these vehicles is on par with any of our production vehicles, and that is a great advantage. In fact, no other company today has the unique and necessary combination of technology, engineering and manufacturing ability to build autonomous vehicles at scale.”

The self-driving version of the Chevrolet Bolt is the second generation of vehicles capable of handling nearly all road situations on their own without driver intervention. They are equipped with the latest array of equipment, including cameras, radar, sensors and other hardware designed and built by GM and its suppliers.

The new version of the self-driving Bolts must still be driven with a person behind the wheel who is alert and ready to take control if necessary.

The automaker had already built about 50  Bolt autonomous vehicles that were retrofitted with the specialized sensors needed to drive themselves. That gives the automaker a total of 180 vehicles it can test and refine.

GM began making the second-generation Bolt in January and now has enough vehicles to test and learn from, said Andrew Farah, chief technical officer for the self-driving Bolt. Farah said GM wants to learn from this version of the vehicle before it begins making more of them.

The white Bolt displayed by GM on Tuesday can be easily spotted as an autonomous test car because of a roof rack with silver and black modules and cameras, side-mounted articulating white radar units that look like two small boxes stacked on top of each other that are used to monitor cross traffic and extra cameras mounted on the front.

“There are even a couple of cameras that are dedicated just to seeing traffic lights to make sure you don’t run red lights,” said Kyle Vogt, CEO of Cruise Automation, a self-driving car software company that GM acquired for $581 million in 2016.

GM has been aggressively working to put together the pieces of the puzzle it needs to be a leader when it comes to driverless vehicles.

In addition to the Cruise Automation acquisition, GM invested $500 million in ride-hailing app Lyft and announced plans to deploy self-driving Bolt through the company’s network.

GM is also in the process of hiring 1,163 additional engineers and other employees to Cruise Automation and is moving the company to a new headquarters in San Francisco.

And earlier this year, GM Chief Financial Officer Chuck Stevens vowed that the automaker would run its autonomous vehicle development like a Silicon Valley start-up, sinking $600 million annually, or $150 million per quarter into the effort.