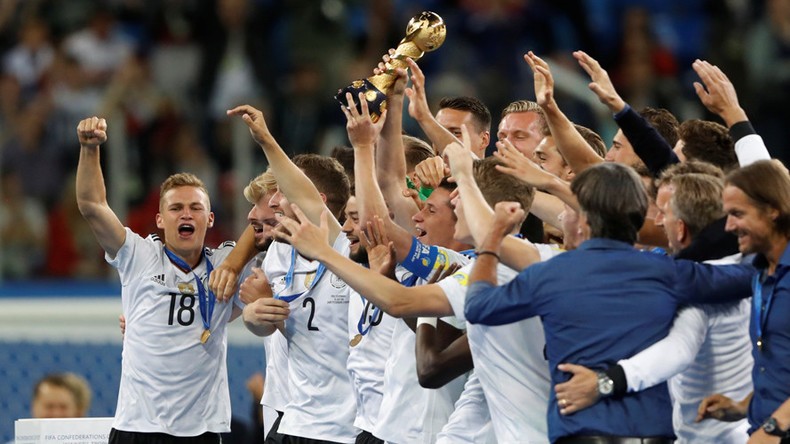 Bryan Swanson reports from St Petersburg, where Russian authorities are hailing their hosting of the Confederations Cup as a success

The Borussia Monchengladbach striker took advantage of some woeful defending by Chile to fire the world champions ahead after just 20 minutes.

In a disjointed and bad-tempered second period, the South Americans could have found themselves down to 10 men after the intervention of the Video Assistant Referee just past the hour-mark.

Gonzalo Jara’s stray elbow caught Timo Werner flush in the face, but after consulting his monitor on the touchline, Serbian referee Milorad Mazic controversially handed out a yellow, rather than a red. The second half turned into an ill-tempered affair

Thereafter, Germany saw the match out to add a first-ever Confederations Cup title to the European U21 crown they won on Friday night, although Chile will wonder how they failed to level matters late on.

Arturo Vidal had said in the lead-up to the game that Chile could prove they are the world’s best team by beating Germany, and Juan Antonio Pizzi’s team started as though they meant business.

The Copa America winners had numerous chances to take an early lead at the Krestovsky Stadium, only to find Marc-Andre ter Stegen in inspired form in the German goal.

Chile were unchanged from their semi-final win over Portugal, while Germany brought in Shkodran Mustafi for Benjamin Henrichs at the back

The Barcelona goalkeeper had to be alert to keep out Vidal’s close-range effort after just five minutes following a strong run into the area by Charles Aranguiz, although he was slightly fortunate a quarter of an hour later.

Again it was the Bayern Munich midfielder trying his luck, this time from the edge of the area, only for Ter Stegen to fail to gather the ball cleanly. However, luckily for the ‘keeper Alexis Sanchez, following in, was unable to take advantage by tucking home the rebound.

And 60 seconds later Chile found themselves behind after a terrible mistake by midfielder Marcelo Diaz, who failed to notice Werner lurking behind him on the edge of his own box.

The forward robbed him of possession, before laying the ball across the six-yard box for Stindl to tap home his third goal of the tournament, and his second already against the South Americans after his equaliser in their group-stage clash.

It could have been worse for Chile though as that man Diaz was again caught napping on the ball, this time by Sebastian Rudy, who released Leon Goretzka down the right-hand channel of the area, only for the midfielder to flash a shot inches past the far post.

Meanwhile, had Julian Draxler’s low strike from the edge of the box been on target, rather than just off, then Germany would have gone in 2-0 up at the break. However, as it was the world champions were still fortunate to be ahead. 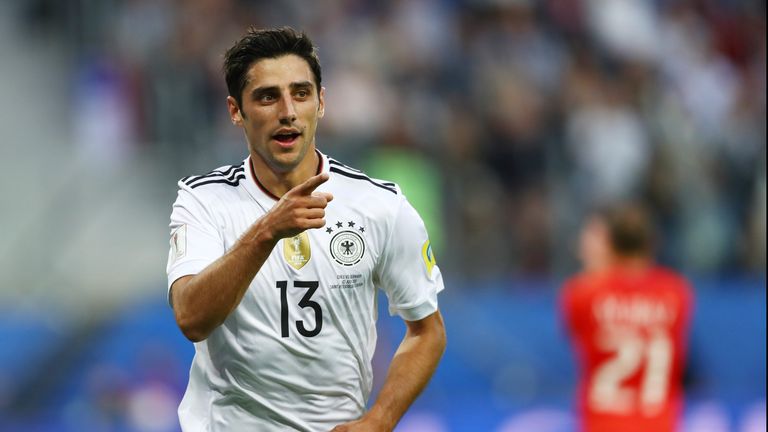 Pizzi threw on Edson Puch and Angelo Sagal in the second half in search of an equaliser, with the former seemingly laying a goal on a plate for his fellow substitute, only for the striker to somehow blaze over from just six yards out with the goal gaping.

And despite Ter Stegen doing well to beat clear Alexis’ stoppage-time free kick, Germany held on to add the Confederations Cup to the World Cup they won this time last year.

But Lowe and Co should note that no team has gone on to win the World Cup after claiming the Confederations Cup. 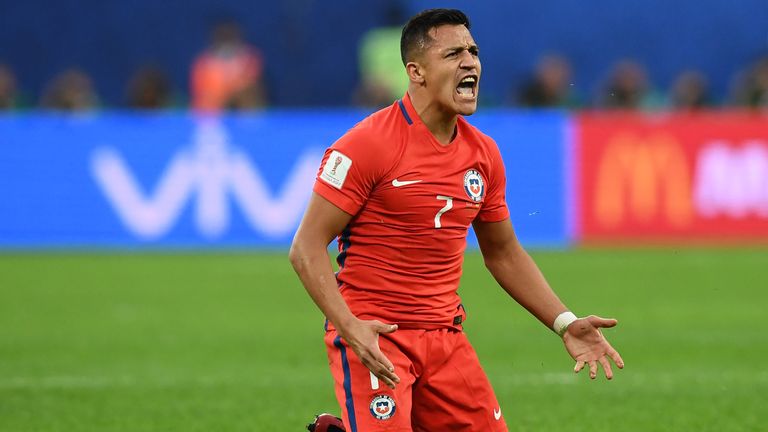 Man of the Match – Lars Stindl

The Monchengladbach frontman was on target in Germany’s group-stage draw with Chile, and the 28-year-old was at it again in St Petersburg.

Taking advantage of a terrible mix-up at the back by Diaz, the forward found himself in the right place at the right time to tap home his third goal of the tournament.

And that strike made the player the joint top scorer in the Confederations Cup alongside team-mates Goretzka and Werner.