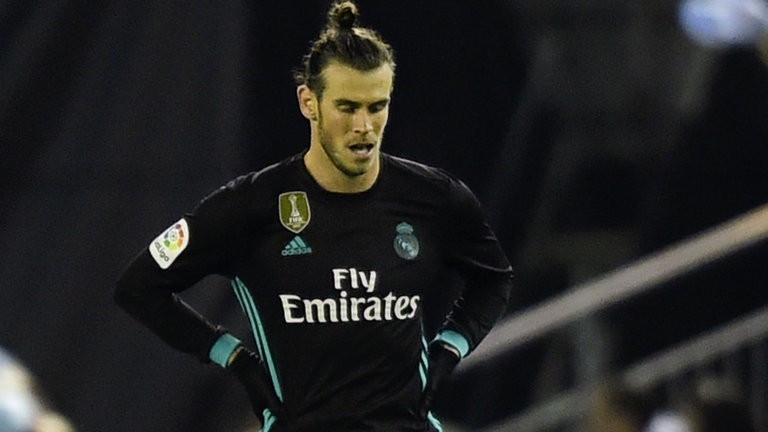 Real Madrid want to sell Gareth Bale this summer and a return to the Premier League is on the cards for the Wales international, according to Guillem Balague.

Bale’s future at the Bernabeu has been the subject of debate after struggling to feature regularly under Zinedine Zidane this season.

With his glittering five-year spell in the Spanish capital in doubt, Bale has been reportedly linked with summer moves to Manchester United and former club Tottenham.

Balague doubts whether Spurs have the means to bring Bale back to White Hart Lane but, with Real keen to offload the forward, he believes a return to England is likely.

“I am convinced Real Madrid want to sell Gareth Bale,” Balague told Sky Sports. “That is not Bale’s preferred choice, he would like to stay.

“Obviously somebody will have to buy Bale but I don’t think it will be Spurs; it doesn’t make sense for him to go back and it would cost Spurs too much to bring him back.

“Of course Spurs would like to have Bale back but their targets are different. Other teams are better prepared and have a greater desire and financial possibilities.

“You only have to compare their expenditure to the highest in the Premier League to see they don’t have the kind of money it would take to sign Bale.”

Bayern Munich have been touted as another potential destination for Bale should he leave Real Madrid.

Balague believes such a move would make sense for Bale but questions whether Bayern would change strategy and pay the substantial sum it would take to complete the transfer.

“A return to the Premier League is of course on the cards but it would be foolish for Bale not to explore all opportunities,” he added.

“The Premier League is the target but a move to Bayern Munich would make sense as well, if that’s the route they decide to take.

“Having said that, even though Bayern may sell Robert Lewandowski, they are not the kind of club that spends hundreds of millions on a player.

“With that in mind, I would say he is more likely to go the Premier League.”