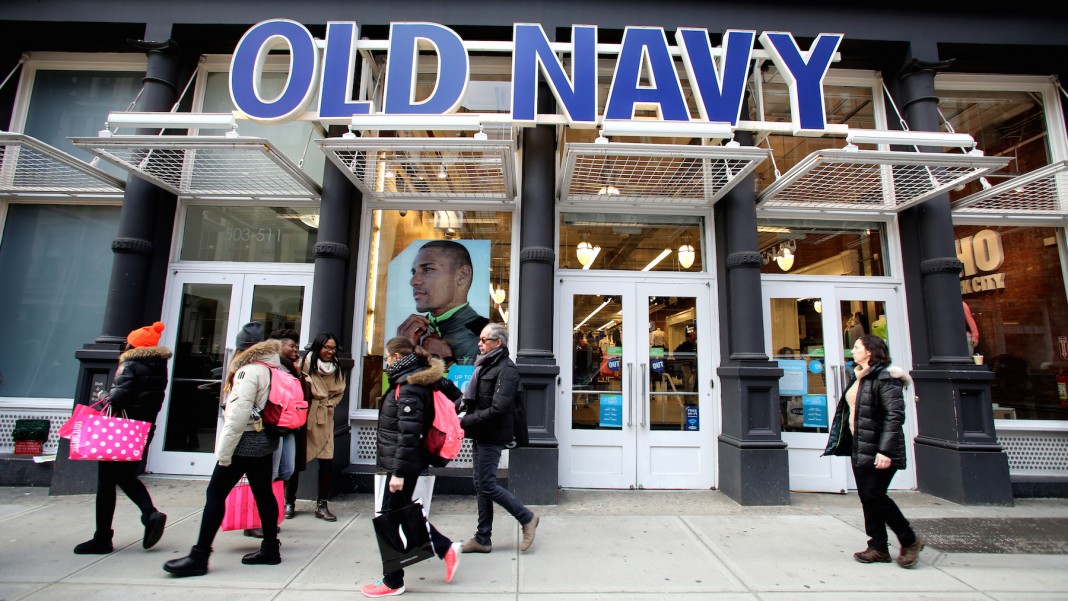 Gap Inc.’s investors are pinning their hopes for a turnaround on strong sales at Old Navy.

The largest U.S. apparel-focused retailer posted second-quarter earnings that topped analysts’ estimates as revenue grew at Old Navy, the company’s lower-priced chain. That drove the stock up as much as 16 percent in late trading Thursday.

The results indicate that Chief Executive Officer Art Peck’s comeback plan is taking hold. He has invested in technology, marketing and on-trend styles like athletic apparel. That’s helped him contend with sluggish mall traffic and fierce competition from fast-fashion retailers like H&M and Uniqlo.

“We are seeing our investments in product, customer experience and brand equity begin to pay off,” Peck said in a statement. The company is continuing to invest in its online and mobile offerings and “taking advantage of our operating scale to drive speed to market.”

The shares rose as high as $26.38 in extended trading in New York. The stock had gained 1.1 percent this year through Thursday’s close.

Profit was 58 cents a share in the quarter, excluding some items, the San Francisco-based company said Thursday. Analysts estimated 52 cents a share, on average. The company also raised its outlook for full-year earnings per share to $2.02 to $2.10. In May, it had forecast profit of $1.95 to $2.05.

Same-store sales at Old Navy rose 5 percent, beating the 3.1 percent increase seen by analysts, according to Consensus Metrix. Sales by that key measure dropped 1 percent at the Gap brand, though that wasn’t as much as the 2.2 percent decline seen by Wall Street. Comparable sales at the Banana Republic chain fell 5 percent, compared with estimates for a 3.9 percent decrease.