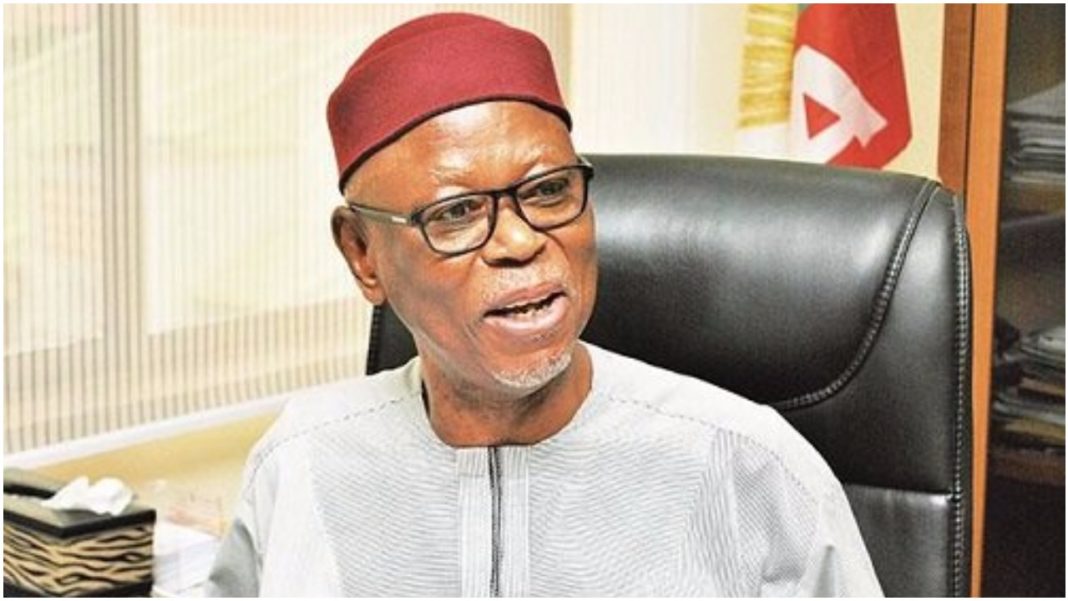 The immediate past National Chairman of the ruling All Progressives Congress, APC, John Oyegun, has said that former President Olusegun Obasanjo was the kind of leader Nigeria needs.

According to Oyegun, Obasanjo words are “infinitely weighty and cannot be ignored.”

DAILY POST reported that while delivering a lecture on May 18 in Delta state, Obasanjo had said the Boko Haram crisis had become an agenda for “West African Fulanization, African Islamisation.”

For Oyegun, Obasanjo “is addressing an issue that is with us.”

The former APC National Chairman said that while he may not tag the crisis as “Islamisation, there is no question at all that it calls for worry because these people exist virtually in every state of the federation and, very soon, it would lead to unpleasantness in all over the country.

“Well, I respect him. Every nation needs a man like that just like the people’s SAN, Chief Gani Fawhemi and a lot of activists.

“What is happening is that because of his status, his experience, his background, what he says becomes infinitely weighty and cannot be ignored.

“I just told you that this issue of so-called Fulani herdsmen and the copy cat that have followed it has to be addressed.

“So, the issue has to be addressed. I wouldn’t give it the kind of Islamization tag that is given to it, but there is no question at all that it calls for worry because these people exist virtually in every state of the federation and, very soon, it would lead to unpleasantness in all over the country.

“So, the issue has to be addressed and, as I told you that as far as I am concerned, it would be one of the first priorities of the next level administration.”