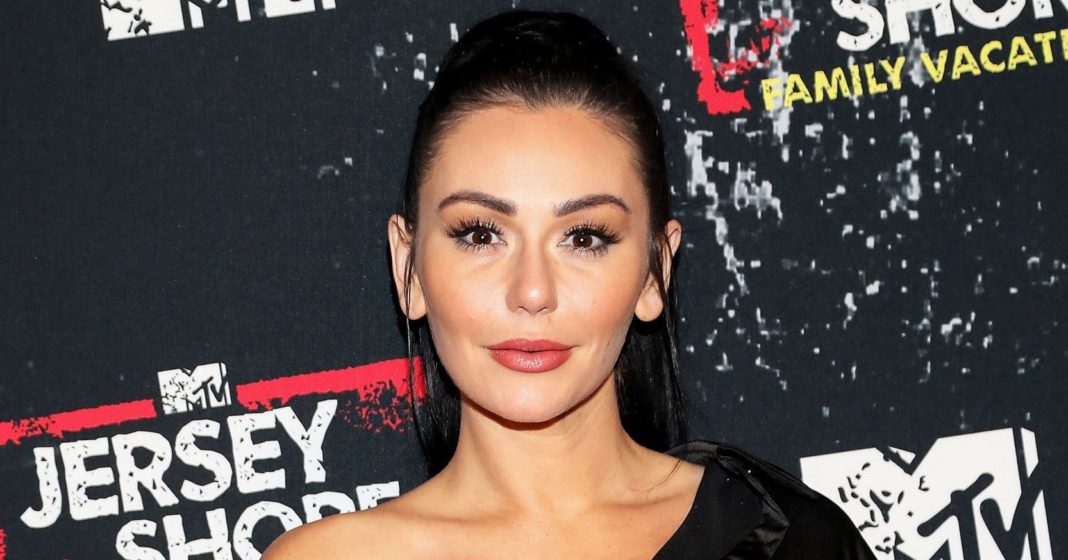 It’s safe to say Jenni “JWoww” Farley has gotten her groove back following her split from estranged husband Roger Mathews. The Jersey Shore star showed off her toned physique in an Instagram video on Wednesday, April 17.

“Cover shoots are fun,” Farley, 33, captioned the clip in which she confidently sported a black, lace bralette and matching thong. In the video, the reality star panned the camera to her curves and gave a fierce look before she showed off a room of professionals gearing up to shoot her project.

Farley’s post comes just days after a rep for her confirmed to Us Weekly on Friday, April 12, that she has “moved on” from Mathews, 43, and “is happy” with someone new. That same day, the MTV personality documented a waterfront date with a mystery man on Instagram, which showed her enjoying a delicious meal and red wine.

Earlier this week, Farley posted a sweet video of the unidentified man caressing her arm in the car. “Face hurts from smiling,” she captioned the Instagram snap. Though the identity of the Snooki & JWoww alum’s new beau hasn’t been revealed, Farley debunked chatter that it was her close pal Jarret Julis.

“People are speculating that we are dating …. I mean … I do love u and your tan muscles … I think we would look so hot together … but the problem is, we have the same taste in men, so it could never work,” she wrote alongside a picture of the friends. “Sorry guys #hecutetho.”

Farley and Mathews called it quits on their tumultuous relationship in September 2018 after three years of marriage. Though the former couple — who have both accused each other of abuse in the past — don’t always see eye to eye, Farley’s rep told Us earlier this month they are working on co-parenting their children, Meilani, 4, and Greyson, 2.

“Jenni’s kids’ needs and wants will always come first,” the rep explained. “She is being an adult about the divorce and working towards being better co-parents. As far as the divorce, there is no reconciliation in the future and she is excited about continuing to move on with her life.”

Farley and Mathews put their differences aside for a pre-Easter celebration with their little ones on April 6. The proud parents took their son and daughter for a themed train ride and seemed to enjoy their outing together.