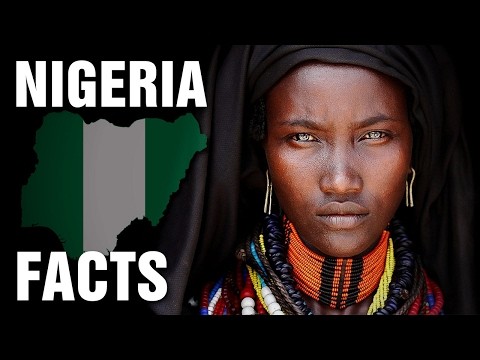 The Nigerian Civil War broke out soon after the Republic of Biafra was declared in May 1967 and ended very early in 1970, the year Nnamdi Kanu of the current Indigenous People of Biafra was born. Most Nigerians, including those  far away from the warfronts, were traumatised by its effect as hundreds of thousands of lives were lost. Those who lost loved ones may never be able to get over their losses, but the wheel of progress must not forever be clogged because of a very sad episode in history. Many nations have had their own experiences and moved on to achieve greatness. A just and fair Nigerian nation would have done just that-we must not give up.

The Civil War of 1967-70 can hardly be discussed in isolation. Understanding it entails an excursion into the history of our nation. Its remote causes can therefore be summarised as emanating from the very nature of our colonial-imposed federalism as well as the colonial masters’ legacy of divide and rule. Suffice it to say that the creation of Nigeria was designed, first and foremost, to serve the interests of the colonial masters. The federation bequeathed to Nigerians was lopsided, with political power skewing heavily in favour of the North to the detriment of the then southern regions, Eastern and Western. The colonial approach to education and religion could hardly be described as an effort directed at promoting unity in a nation of diverse languages and culture.

The immediate causes of the war derived from the aforementioned factors, as post-independence history was a history of the south attempting to challenge a structure that impeded progress as well as the political ambitions of its key leaders. The North, based on its population, agitated for, and successfully got, 50 per cent of representation at the Federal House of Representatives during the Ibadan Constitutional Conference of 1950. This was not without opposition from politicians of the Western Region but the North got its way with support from those of the Eastern Region. That co-operation between the North and East more or less heralded an opportunistic alliance of their main political parties beyond independence in 1960.

However, the south continued to challenge what had constituted northern primacy in politics resulting in a succession of crises. The census crisis of 1962-3 and the contentious federal election of 1964 saw an otherwise divided south singing in unison. It would be naïve to assume that the feelings of ethnic politicians did not influence the thinking of soldiers, no matter what their pretensions to patriotism and non-partisanship, and this was what came into fore on January 15, 1966 when a bloody coup attempt terminated our teething experiment at democratic politics. The soldiers struck on the background of a comical election that had produced a hitherto unprecedented violence in the Western Region in 1965.

The coupists, comprised mainly of soldiers from the Igbo-dominated Eastern Region, claimed to have acted in the national interest. What, however, did not seem to have been in the national interest was the pattern which the execution of their coup took. The key politicians and soldiers killed were northerners and notable southern “collaborators”. The “cleansing” exercise did not claim any Igbo casualty of prominence. The coup itself could not be described as successful, hijacked as it was by senior officers who were hardly party to it. The subsequent leadership of Maj. Gen. J.T.U. Aguiyi-Ironsi, an Igbo, did not help matters with his Decree No 34 of May 25, 1966 which transformed federal Nigeria into a unitary state.

Behind in Western education and commerce, the north saw unitarism as an orchestrated attempt to undo its peoples in the civil service and economic sectors of society. Coupled with failure to bring the coupists to trial, Ironsi’s unitary decree would be considered a catalyst to the counter-coup of July 1966 – “the northern reply” – which claimed the lives of many Igbo officers and men, including General Aguiyi-Ironsi himself. This was soon followed by a massive killing of Igbo residents in the North.

The sight of dead bodies and mutilated limbs arriving in the East from the North meant that emotions and anger could hardly be controlled. War had become inevitable. There were quite a number of other elements in the decision to go to war and this included the refusal of the then Lt. Col. Chukwuemeka Odumegwu-Ojukwu, Military Governor of the Eastern Region, to accept the authority of Gen. Yakubu Gowon, said to be his junior by enrolment in the military, as Head of State and Supreme Commander of the Armed Forces. The agreement reached at the Aburi meeting – a confederal arrangement, for instance – favoured the demands of the secessionists but would later be reneged upon by the federal authorities once its implications became glaring. Odumegwu-Ojukwu would appear to have “outsmarted” his colleagues.

Of course, the war cannot be explained without reference to the then newly-discovered oil in the Eastern Region. It assured “Biafra” as a project that could be economically sustained. It was also because of oil that the major powers were neither spectators nor pacifists in the Nigerian “fratricidal” conflict. They were more interested in having access to the oil than in bothering with the number of Nigerians killed!

Gowon rightly declared that there was “no victor and no vanquished” in the conclusion of a war for which we were all to be blamed. His historical rival, Odumegwu-Ojukwu, would seem to have embraced this philosophy as he warmly re-integrated himself into the Nigerian society, competing for the presidency as well as collecting his pension from the military. Therefore, any attempt by any ideologue to invoke the break-up of Nigeria does not, in my own assumption, represent the spirit of the great Nigerian nationalist, Odumegwu-Ojukwu, of illustrious memory.