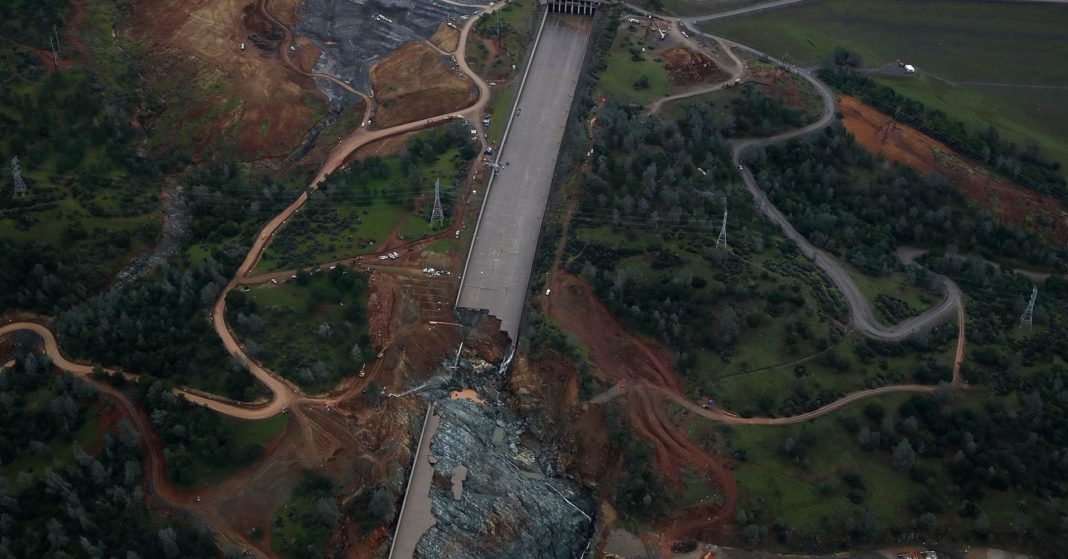 The Trump administration is refusing to pay more than $300 million in federal funds California sought to repair the Oroville Dam, which suffered a spillway crisis in 2017 after heavy rains that led to nearly 200,000 residents getting evacuated downstream from the nation’s tallest earthen dam.

State officials worked to plug a hole in the flood-control spillway and put the estimate to repair the dam at about $1.1 billion back in 2018. But the Federal Emergency Management Agency plans to reimburse California for only $333 million of the cost, instead of the $639 million sought by the state.

The administration’s rejection of $306 million in costs for the Oroville Dam means the federal government would pay less than one third of the total cost the state was forced to spend on the emergency repairs.

According to the California Department of Water Resources, FEMA notified the state this week that “it does not consider some spillway construction to be eligible for reimbursement based on information submitted by DWR to date. DWR will work with FEMA to provide further information to support the department’s assertion that all reconstruction work should be eligible for reimbursement.”

The state agency said in a release FEMA’s public assistance program should reimburse applicants such as the state for “at least 75 percent of eligible costs with a federally declared disaster.”

FEMA didn’t immediately respond to a request for comment. However, a FEMA official told the Sacramento Bee that the agency turned down the requested amount since there was damage to the spillway even before heavy rainfall eroded the gateway’s surface.

“We appreciate FEMA’s work and commitment, but we are disappointed in some of their initial determinations regarding eligibility of costs for the Oroville spillways project,” California National Resources Agency spokesperson Lisa Lien-Mager told CNBC in statement Friday. “DWR plans to appeal FEMA’s determination as we believe all costs should be eligible for federal reimbursement. The reconstruction work was necessary to safely operate the main spillway and ensure functionality of the emergency spillway.”

The shortfall in reimbursement on Oroville Dam repairs comes as President Donald Trump and the state battle over wildfire relief funding. Last month, California’s Democratic Gov. Gavin Newsom accused Trump of keeping disaster money from survivors of the devastating Camp Fire that destroyed most of the town of Paradise in November 2018.