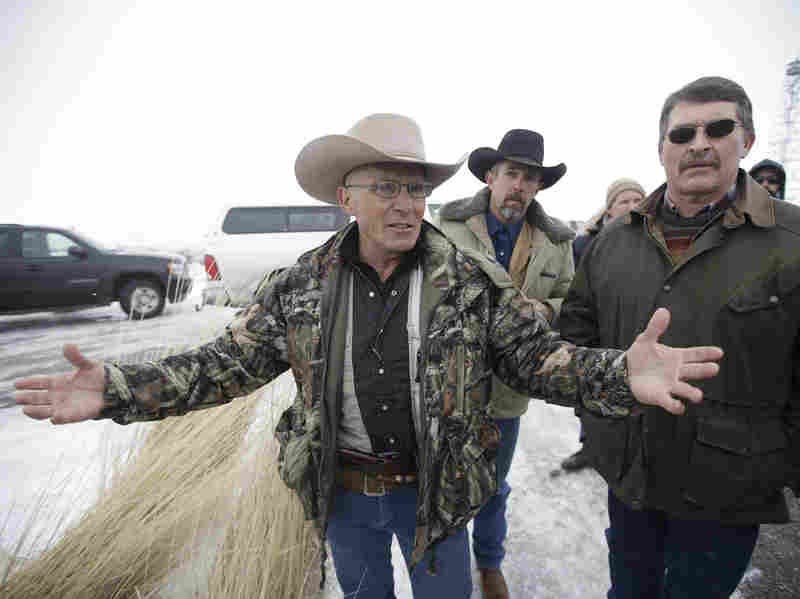 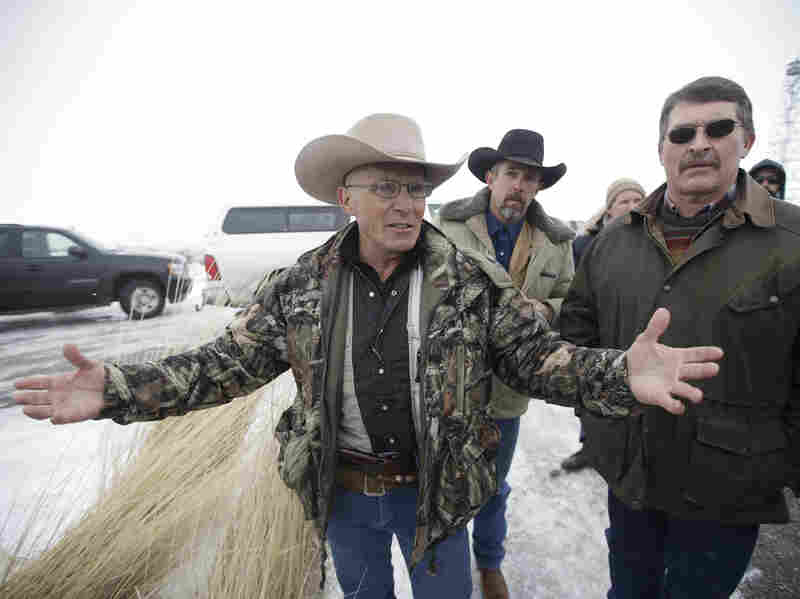 Robert LaVoy Finicum (left), a rancher from Arizona, talks to reporters at the Malheur National Wildlife Refuge near Burns, Ore., in January 2016. His shooting death by state police was found by investigators to be justified. Rick Bowmer/AP hide caption

Robert LaVoy Finicum (left), a rancher from Arizona, talks to reporters at the Malheur National Wildlife Refuge near Burns, Ore., in January 2016. His shooting death by state police was found by investigators to be justified.

An FBI agent assigned to the armed occupation of the Malheur National Wildlife Refuge in Oregon last year is facing a five-count indictment for allegedly lying about his role in the shooting death of one of the occupiers.

Special Agent W. Joseph Astarita, a former member of the FBI’s hostage rescue team, pleaded not guilty in a Portland federal court to three counts of making false statements to Bureau investigators and two counts of obstruction of justice.

The indictment says that Astarita was among the agents who were supposed to apprehend certain leaders of the occupation, including Robert LaVoy Finicum and Ryan Bundy.

Investigators say that Finicum was reaching for a handgun inside his jacket when Oregon state police officers shot and killed him after a traffic stop on Jan. 26, 2016, at a remote roadblock near the refuge. Astarita fired two shots also, missing Finicum. But he falsely told investigators that he had not fired his weapon and he failed to report the shooting to the FBI’s Shooting Incident Response team.

“In failing to make that disclosure, defendant acted with the intent to hinder, delay and prevent the communication of information from the Oregon State Police to the Federal Bureau of Investigation relating to the possible commission of a federal offense,” according to the indictment.

The charges against the agent come amid lingering animosity over the controversial occupation of the federal refuge to protest restricted use of federal lands.

Leaders of the occupation — Bundy, his brother Ammon and five other defendants — were acquitted of conspiracy and weapons charges in a highly publicized trial last fall. In a separate trial this year, two other co-defendants were found guilty of conspiracy.

A lawyer for Finicum’s widow, Jeanette Finicum, and her family praised the indictment.

“The fact that the U.S. Department of Justice stepped in and investigated one of their own and said, ‘You can’t obstruct justice, you’re not above the law’ sends a very positive message,'” said attorney Brian Claypool, according to The Oregonian.

He said the Finicum family may still bring a civil lawsuit against the Oregon State Police and the federal government.