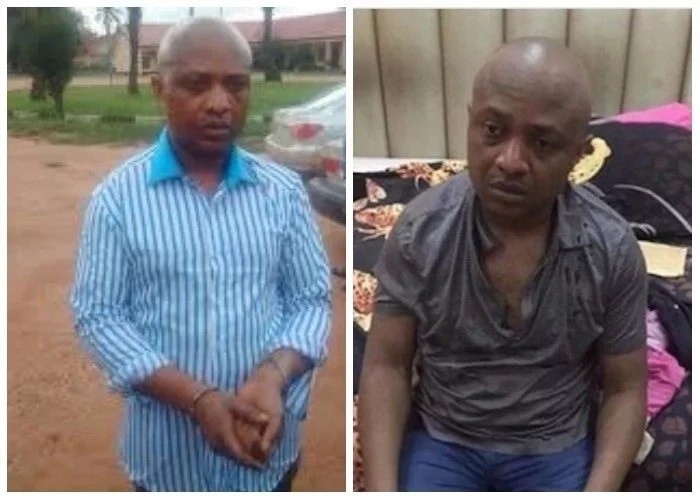 Suspected billionaire kidnapper, Chukwudumeme Onwuamadike, a.k.a. Evans, on Wednesday filed a fundamental rights enforcement action before the Lagos Federal High Court in Lagos, urging the court to order the police to charge him to court or release him immediately.

Joined as respondents in the said suit marked FHC/L/CS/1012/2017 are the Nigeria Police Force, Commissioner of Police, Lagos State and the Special Anti-Robbery Squad, Lagos State Police Command,      in the suit filed on his behalf by a Lagos-based lawyer, Olukoya Ogungbeje, the suspected kidnapper is seeking a court order directing the respondents to immediately charge him to court if they had any case against him in accordance with sections 35 (1) (c) (3) (4) (5) (a) (b) and 36 of the Constitution.

He is on the alternative seeking for an order compelling the respondents to immediately release him unconditionally in the absence of any offence that will warrant his being charged to court.

Evans is contending that his continued detention by the respondents since June 10, 2017, without being charged to court or released on bail was an infringement on his fundamental human rights.

Ogungbeje argued that the respondents ought to have charged Evans to court in accordance with the provisions of sections 35 and 36 of the Constitution.

He further argued that the alleged offence committed by Evans were correspondingly intertwined with the constitutional safeguards as provided under sections 35 and 36 of the Constitution.

In a 27-paragraph affidavit in support of the motion deposed to by Evan’s father, Stephen Onwuamadike, it was averred that the applicant had been subjected to media trial without any court’s order by the respondents.

Evans’ father further averred that the media trial and news orchestrated by the respondents had continued to generate reactions in both print and electronic media without his son being afforded fair hearing and trial before a court of law.

The case has not been assigned to any judge and no date has been fixed for the hearing.