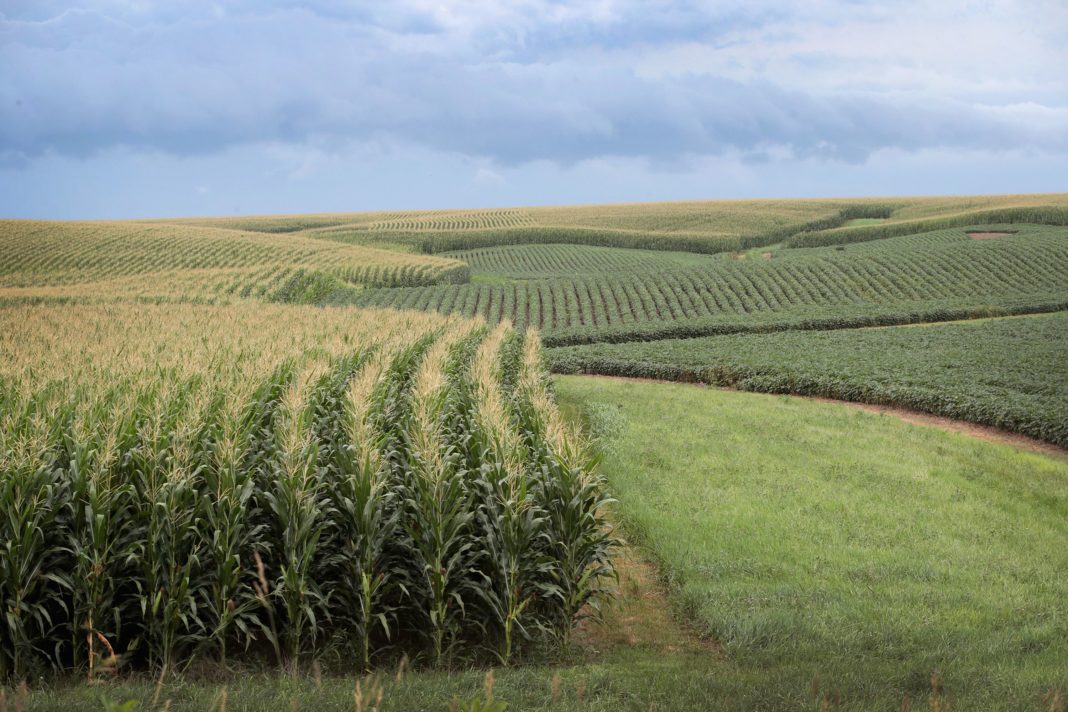 Farmland values in America’s heartland are still stable, despite pressures on farm incomes and rising interest rates, according to a quarterly report by the Federal Reserve Bank of Kansas City.

At the same time, some states, such as Texas and North Dakota, have shown even stronger farmland values as a result of the oil boom.

The survey, which looked at farmland in other Federal Reserve districts in the farm belt, found there were slight decreases in the value of non-irrigated cropland in many states in the fourth quarter of 2018 but also some notable increases.

“For states exhibiting declines in the value of non-irrigated farmland, the changes remained modest through the end of 2018, providing ongoing support to the farm sector,” said the KC Fed. “As weaknesses in the overall farm economy have persisted, risks to the outlook for farmland include slightly higher interest rates and underlying supply and demand fundamentals of farm real estate markets.”

For example, Iowa, Kansas and South Dakota experienced an average 1% decline in the value of non-irrigated cropland in the final quarter of 2018, while land in Nebraska dipped 5% and Oklahoma declined by 2%, according to the KC Fed.

However, the oil boom helped boost the value of North Dakota’s cropland by 10%, and Texas rose by 5%.

Farmers sitting on mineral rights in oil areas can receive millions of dollars potentially by leasing out their mineral rights and even get royalty checks for oil produced on their land.

The Fed’s report, published April 18, comes as Midwest farmers prepare to plant spring crops and continue to clean up from recent flooding that hit Iowa, Nebraska and other areas along the Missouri River. That said, there was damage done to some farmland that will mean crops won’t be able to be planted on time.

“You go into southwest Iowa, and through the central and eastern part of Nebraska, there is still pretty significant results of earlier flooding that may not get resolved before this crop season is over,” said Doug Hensley, president of Hertz Real Estate Services, a farm management and appraisal firm based in Nevada, Iowa.

Even so, Hensley said farm values have been holding up and he is not anticipating any major decline in values to the region due to the flooding.

“I think we’re in a surprisingly resilient market across much of the Midwest right now for farmland,” said Hensley. “Every neighborhood is a little different, but painting with a pretty broad brush, we’re in a very stable market, even in spite of some headwinds that we’ve been facing in the past 3 or 4 years.”

While the farmland market is considered stable, Hensley said there’s “a slight bias toward weaker values.”

Hensley explained that the main reason for the bias toward weakness is there have been several years in a row of low commodity prices, resulting in many Midwest farmers being “marginally profitable.” Also, he said there’s been more interest rate pressure since late 2018 from the Federal Reserve as well as the global trade situation with retaliatory tariffs.

“Early March of a year ago was the first time that we really heard the word ‘tariff’ said out loud, at least in recent history,” said Hensley. “And the tariff situation has been very disruptive to agriculture in the Midwest.”