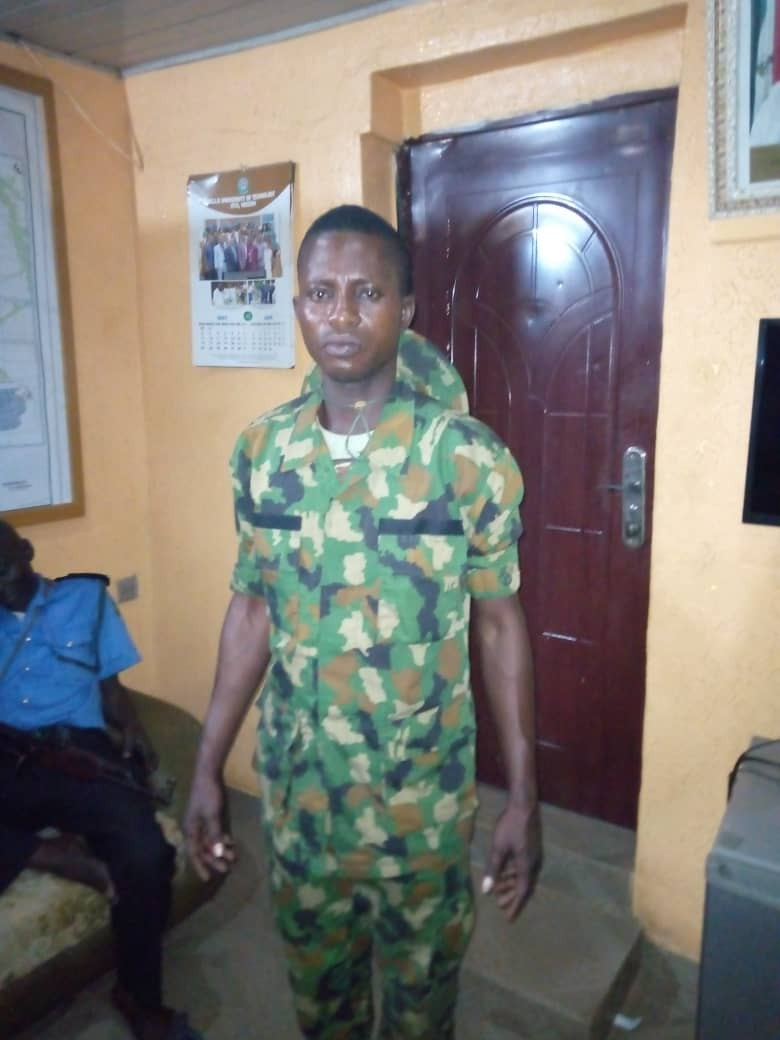 An ex-convict, Segun Ogundeji, has been arrested by men of Ogun State Police Command for impersonation.

A statement released by DSP Abimbola Oyeyemi, spokesperson of the state police command, says the suspect was arrested on September 8 when he came to Sango Ota divisional headquarters fully dressed in army camouflage uniform to solicit for the release of a suspect.

”On getting to the station, he met another Air Force man, one Cpl John Temitope who accused the suspect of failure to give him official compliment, as a result of which quarrel ensued between them.

It was the quarrel that led the DPO Sango CSP Godwin Idehai, to interrogate them. It was during the interrogation that the police discovered that Segun Ogundeji is not a military man. It was also discovered that he has once been convicted by a court of competent jurisdiction for impersonation.”Oyeyemi’s statement read

He added that the Commissioner of police, CP Edward Awolowo Ajogun has ordered a full investigation into the past activities of the suspect, with the view to charge him to court as soon as the investigation is concluded.