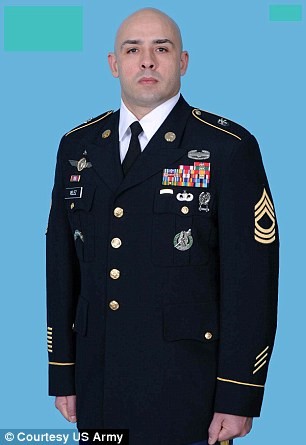 A fake soldier, Victor Oluwole, has been arrested by the police in Plateau State for allegedly stabbing to death a 25-year-old resident, Pokyes Danladi, in West of Mines community in the Jos North Local Government Area.

Our correspondent learnt that the incident, which happened on Sunday, had caused tension in the community, as Oluwole’s gang members had threatened to wreak havoc.

It was learnt that Pokyes’ mother, 60-year-old Martha Danladi, is hospitalised over the shock of her son’s death at the Nigeria Police Clinic in Jos.

An eyewitness, Jackson Hickson, said Pokyes was rushed to Birhman Hospital where he later died.

He said, “On Sunday at about 11pm, I went to West of Mines junction to eat with friends. Suddenly there was an argument, and I saw my neighbour, Pokyes, lying on the ground bleeding profusely. All his chest and neck were covered with blood.”

The father of the deceased, Dakuru Danladi, demanded an investigation into the killing, calling on the government to ensure that justice was done the matter.

The Plateau State Police Public Relations Officer, ASP Tyopev Terna, confirmed the incident, adding that the case had been transferred to the State Criminal Investigation Department.

He said, “The suspect was arrested on the spot with the knife and he has confessed to the crime. The suspect said it was just an argument and he was provoked and had to use the knife on the victim.”