Even with Biden in the race, former President Barack Obama will wait to endorse a 2020 Democrat 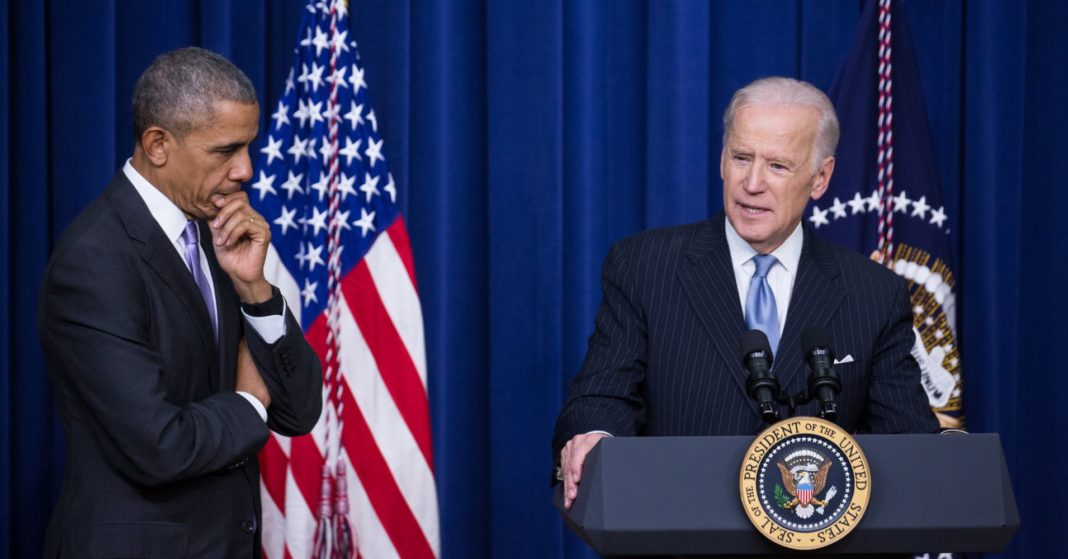 Former President Barack Obama is waiting to see how things play out before making any 2020 endorsement, including of Joe Biden, his two-time running mate.

Obama delivered a supportive statement for his longtime friend Biden on Thursday after the former vice president made his entrance into the race official. But he is unlikely to endorse him or anyone else until the Democratic candidates have a chance to make their cases directly to the voters, a source familiar with the former president’s thinking told CNBC.

Though Obama’s reluctance is not wholly surprising, Republicans are already seizing on it as a talking point to use against the 76-year-old Pennsylvania native who is leading the race in early polling.

Despite withholding an endorsement, Obama has said kind words about Biden. In a statement, Obama spokeswoman Katie Hill said that the former president “has long said that selecting Joe Biden as his running mate in 2008 was one of the best decisions he ever made.”

“He relied on the Vice President’s knowledge, insight, and judgment throughout both campaigns and the entire presidency. The two forged a special bond over the last 10 years and remain close today,” Hill said.

And Obama’s former advisor David Axelrod pushed back on those who expected an endorsement right out of the gate, telling Politico that the expectation was “baffling” and contrary to custom.

Still, there is some speculation that Obama could back a candidate whose campaign more closely resembles his own 2008 bid, which was at first seen as a long shot and was predicated on change.

In a 2016 interview with The New Yorker, Obama mentioned four up-and-coming Democrats that he suggested could appeal to the party’s changing demographics. Two of those Democrats, Sen. Kamala Harris of California and South Bend, Indiana Mayor Pete Buttigieg, are running for president.

And Buttigieg, who is 37, has already drawn support from top Obama fundraisers, CNBC has reported.

Meanwhile, Obama’s former staffers have fanned out among the 20 Democrats running for president.

New York Sen. Kirsten Gillibrand’s national deputy political director is a former Obama campaign advisor, as are officials working for Harris and Sen. Elizabeth Warren of Massachusetts. Meanwhile, Bill Burton, one of Obama’s first campaign advisors, has signed on to work for former Starbucks chief Howard Schultz, who has said he may run as an independent.