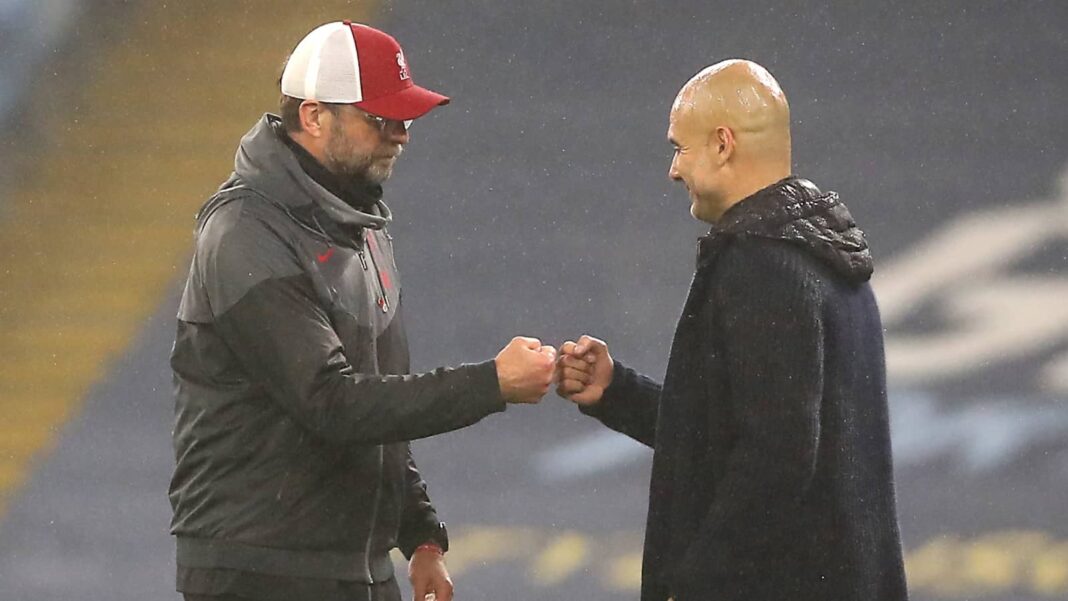 Liverpool boss, Jurgen Klopp has issued an apology to Pep Guardiola after the Manchester City manager claimed that he had coins thrown at him by Red Devils’ supporters at Anfield.

Liverpool are currently investigating the incident, vowing to ban for life any fan found culpable for the offence.

Told about what his counterpart claimed to have experienced at Anfield, Klopp said: “Oh, horrible. I am sorry. I apologise for that.

“I had no idea about it. It never should happen, never,” he added.

Mohamed Salah scored the only goal of the match to give the home side all three points in the highly entertaining football match.

Manchester City, who fell to their first defeat of the season, remain second in the Premier League table but are now four points behind league leaders, Arsenal.