Eminem brings the house down with surprise Oscars performance 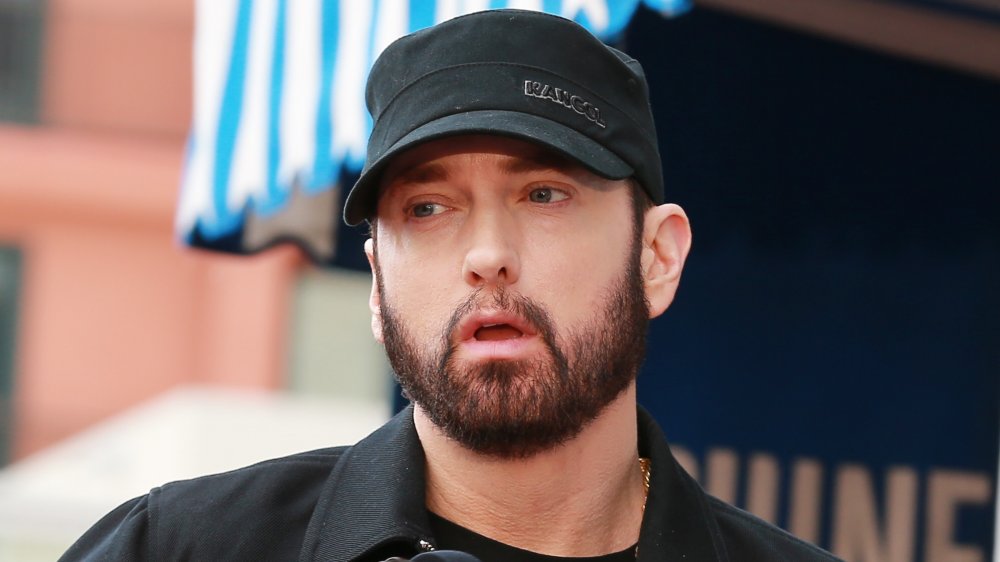 Eminem’s nostalgic Oscars performance of “Lose Yourself” came just after he released his 11th studio album, Music to Be Murdered By, in January 2020, so Eminem taking the stage at the Oscars to perform an 18-year-old song definitely surprised viewers.

The camera showed various celebrity reactions, which are now circulating all over the internet. Billie Eilish and Idina Menzel looked rather puzzled, while Martin Scorsese simply looked unimpressed. Other audience members were enthusiastic, and many rapped along, including Zazie Beetz and Kelly Marie Tran. Salma Hayek (pictured) shared a sweet moment with the rapper backstage.

Folks on social media chimed in with their own two cents, too. Many were impressed by the legendary rapper’s show-out, though some mourned the lack of a clear explanation for the surprise: “Maybe if there was a host we’d know why Eminem did mom’s spaghetti 2 decades late,” tweeted columnist Charlie Warzel for The New York Times.

Ultimately, it seems people really enjoyed the show, judging by the standing ovation at the end! But why did Eminem (real name Marshall Mathers) perform this throwback in the first place?