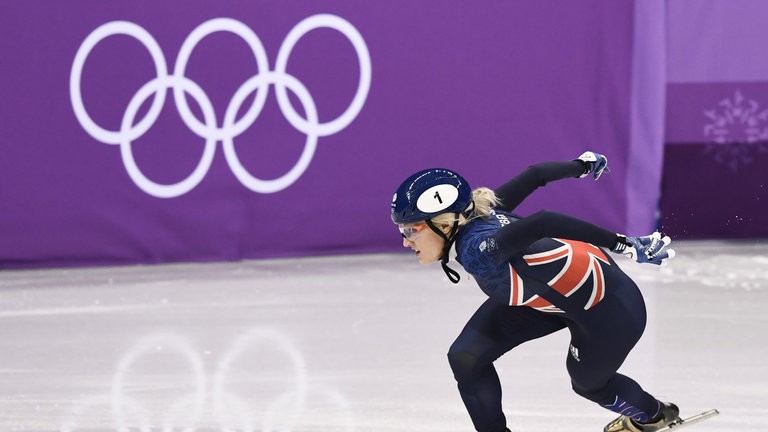 Elise Christie will undergo a fitness test on Tuesday to determine if she can compete in the 1,000m short-track event at the Winter Olympics.

The 27-year-old crashed out of the 1500m semi-finals on Saturday evening and went to hospital for a scan on an ankle injury.

The Scot suffered an ankle injury after slamming into the barriers but posted a short video on Twitter on Sunday showing she was already able to ride an exercise bike.

Christie was disqualified three times at the 2014 Sochi Olympics and was fourth in her opening event in Pyeongchang, the 500m, after crashing in the final.

Great Britain chef de mission Mike Hay said: “I’m cautiously optimistic. She was on the ice today, purely to see if she could put the boot on and skate around a little bit.

“She will go through a training session tomorrow. If she comes through that – and it’s still a big if – then she will compete tomorrow evening.

“She absolutely wants to. And if medically we’re happy and it’s clear, then a decision will be hers to skate. Indications I’ve got just now, she’s very keen to skate.

“She’s just desperate. This is her last of the Games, from the three events she qualified for.”