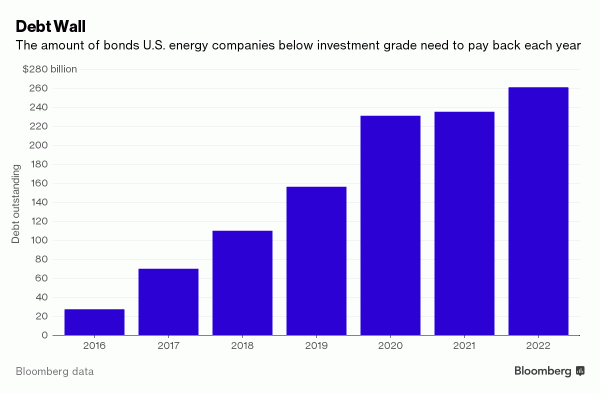 A scramble by the lithium market’s biggest players to tie up supply of the high-tech metal is gathering pace in the 170-year-old heartland of Australia’s $90 billion mining industry.

Rising Chinese demand for lithium-ion batteries needed for electric vehicles and energy storage is driving significant price gains and an asset boom in Australia, already the world’s largest lithium producer. The fast-developing hub is drawing investment and deals from global producers as well as chemical-to-battery manufacturers in China, the top consumer.

Western Australia has four operations in production and three more major projects being advanced to begin output. Major players are likely to continue to scope for deals in the state to secure supply for the next 20 or 30 years, according to consultant Benchmark Mineral Intelligence.

“There are serious companies investing and people are starting to lock up the biggest, long-life resources. The question is — who’s next?” Simon Moores, managing director of Benchmark Mineral said by phone from London. Though on a smaller scale, “it’s a land grab like in the petroleum industry when BP, Shell and others rounded on the Middle East in the 1960s and 1970s,” he said.

Greenbushes in Western Australia, the world’s biggest hard-rock lithium mine, is being expanded to more than double annual capacity, Talison Lithium, a joint venture between China’s Tianqi Lithium Corp. and North Carolina’s Albemarle Corp., said in an email. The site, first mined for tin from about 1888, already accounts for about 30 percent of global lithium production, according to Australia’s government. Tianqi is also planning about A$717 million ($578 million) of processing plant expansions.

Jiangxi Ganfeng Lithium Co., which has interests in projects in countries including Ireland and Argentina, holds about 43 percent of Australia’s Mt. Marion operation and in May agreed a supply and investment pact with Pilbara Minerals Ltd. for a mine development. Battery maker Shaanxi J&R Optimum Energy Co. in July struck an agreement for future output from Altura Mining Ltd.’s project.

“It’s the most significant expansion in lithium supply ever, and we are still undershooting demand,” said Chris Reed, chief executive officer of Neometals Ltd., a partner with Ganfeng and Mineral Resources in the Mt. Marion operation. Reed is scheduled to speak Wednesday at the close of the three-day Diggers and Dealers mining forum in Kalgoorlie, Western Australia.

Soc. Quimica & Minera de Chile SA, the world’s second-largest lithium supplier, in July made a first move outside South America to invest about $110 million for 50 percent of Kidman Resources Ltd.’s Mt. Holland project in Western Australia, aiming to enter production by at least 2021. The project would add to SQM’s expansion into Argentina.

Prices of lithium carbonate, the primary base-chemical produced by the industry, more than doubled in the 5 years to 2016, according to UBS Group AG. The material advanced 9 percent to average $13,625 a metric ton in June from the previous month, on continued tight supply, even as Australian exports rise, according to Benchmark Mineral.

“We don’t see any price fall in the next three years,” Benchmark’s Moores said. “When you look at all the battery plants being built and the plans for EVs, even if only about 25 percent of those are realized, we’re still going to be short of lithium. It’s a unique once-in-a-generation situation.”

Chinese companies plan battery factories with capacity to pump out about 120 gigawatt-hours a year by 2021, more than three times the proposed volume of Tesla Inc.’s Gigafactory in Nevada, according to Bloomberg New Energy Finance. About 55 percent of global lithium-ion battery production is already based in China, compared with 10 percent in the U.S. By 2021, China’s share is forecast to grow to 65 percent, according to the forecasts.

To read a QuickTake Q&A on electric vehicles, click here

Mineral Resources Ltd. and Galaxy Resources Ltd. are Australian producers that this year began new shipments of lithium concentrate to China, while project developers including Pilbara Minerals are targeting exports from 2018. The project pipeline is cementing Australia as a dominant player, UBS said in a June report.

Perth-based Mineral Resources is a touchstone for the shift from old-to-new industry in Western Australia as this fiscal year the iron ore producer will earn more from lithium than the steel-making ingredient, according to Deutsche Bank AG, which has a buy rating on the stock. It also sees Albemarle and Orocobre Ltd. as among the best global lithium prospects.

Lithium’s current $2.5 billion market is a fraction of the $86 billion a year seaborne iron ore trade and some miners have eschewed opportunities to add projects. Fortescue Metals Group Ltd. in December agreed the sale of a lithium exploration portfolio. BHP Billiton Ltd. argues it’s poised to benefit most from electric vehicle growth through copper demand. Australia will face competition from lithium projects in Canada, Chile and Argentina, according to UBS.

New lithium production and a potential addition of cobalt output and graphite projects — two other metals experiencing rapid demand growth from the battery sector — promise to add to mining exports from Australia. The value of mined exports is forecast at A$113.7 billion ($89.6 billion) in the year to next June 30, according to its government.