EFCC arraigns Leeroy Egebe for duping a Swiss national to the tune of $18,023 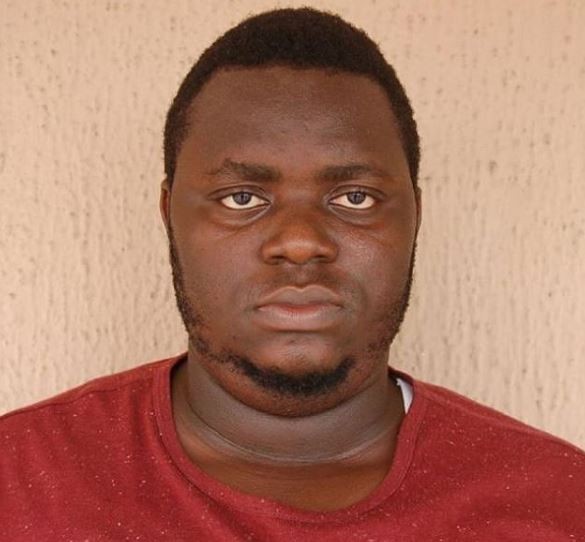 EFCC arraigns Leeroy Egebe for duping a Swiss national to the tune of $18,023

Egebe’s troubles began when one Vivian Varotto-Guigoz, a citizen of Switzerland, petitoned the EFCC alleging that, she met one Amedeo William Dante (the defendant) who claimed to be an Italian living in the United Kingdom on a social dating site called “Badoo”. They became lovers, exchanging emotional messages and later cash.

She alleged that, on several occasions, between 12 May and 14 October, 2015, she wired a total sum of CHF 196,701,44 and EUR 15, 957.43 to different individuals in the United Kingdom, Canada and Nigeria at the request of Dante, for sundry reasons which she later discovered to be fraudulent.

The payments were allegedly made in five instalments: two into British accounts belonging to Amedeo William Dante and Dittimi Tamara-Finide while three were made into Nigerian accounts belonging to Alhassan Davide and Edin Obaro. The petitioner also alleged that the defendant was reaching her through some English, Canadian and Nigerian telephone numbers.

Count one of the charge read: ‘’that you Leeroy Egede (a. k. a) Amedeo Dante William, Alhassan Davide, one Tamara-Finide and Edin Obaro (now at large) sometime in May, 2015, at Udu, Warri, Delta State, within the jurisdiction of this honourable court did conspire among yourselves to commit felony to wit: obtaining money by false pretence, and thereby committed an offence contrary to Section 1 (3) of the Advance Fee Fraud and Other Fraud Related Offences Act, 2006”.

Another count read: ‘’that you Leeroy Egede (a. k. a) Amedeo Dante William, Alhassan Davide, on or about the 20th day of April, 2015, at Udu, Warri, Delta State, within the jurisdiction of this honourable court, with intent to defraud, did obtain the sum of ($3, 564.66) Three Thousand , Five Hundred and Sixty Four dollars, Sixty – Six cent under false pretence from one Viviane Varotto-Guigos, a Swiss Nationale, which said sum was transferred to your Account domiciled at Diamond Bank Plc by one Tamara-Fiide Dittimi, a pretence you knew to be false, and thereby committed an offence contrary to Section 1 (1) (a) of the Advance Fee Fraud and Other Fraud Related Offences Act, 2006 and punishable under Section 1 (3) of the same Act”.

The defendant pleaded not guilty to the charges when they were read to him.

In view of his pleas, the prosecution counsel, M. T. Iko asked the court to fix a date for the commencement of trial. However, counsel to the defendant, K. D Alufe, made an oral application for bail for his client. He argued that the alleged offences were bailable and that the defendant did not jump an earlier administrative bail by the prosecution.

In his ruling, Justice Obile granted the defendant bail in the sum of N3, 000,000.00 (Three Million Naira), one surety in like sum. The surety must be a public servant in the service of Federal or Delta state government on grade level 12 and above. The defendant and the surety must depose to an affidavit of means among other conditions.

The matter was adjourned to 10 May, 2018 for trial, while the defendant was remanded in prison custody pending the perfection of his bail conditions.