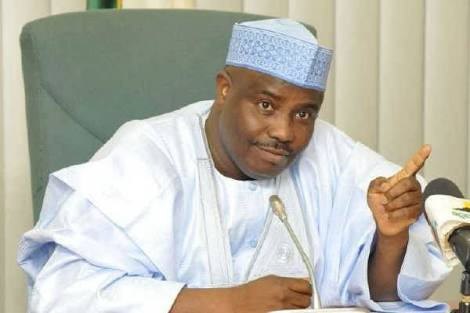 Governor Aminu Tambuwal of Sokoto state has stated that drug abuse has a role in the growing insecurity witnessed across the nation.

“We should also be mindful of the role that drug abuse plays in fueling the committing of these vices.

“A counterpart of mine, a serving governor once narrated to me an incidence. He told me that he once visited a hamlet and wanted to patronise local women coming back from the market where they had gone to hawk dairy products and stuff, and one of them ran away. He asked what was the problem and was told that she wasn’t carrying dairy products in her calabashes but drugs.

“My colleague told me that much of the drugs used by the kidnappers and violent marauders get to them in this way. For this reason, we must act to overcome this menace of drug trafficking and drug abuse. Otherwise, we will only end up killing the snake without severing its head.”

The Sokoto State Governor, who further stressed that Islam is a religion of peace, added that the ugly situations witnessed in the country wouldn’t have occurred if there had been adequate upbringing of Muslims on God’s fear and the responsibilities of Muslims on their fellow Muslims.

“This noble mission S-GULBAR have embarked upon is timely, commendable and is what we as state governments should support to salvage budding talents being wasted as terrorists in the north and ensure that peace and prosperity return to our domains.”