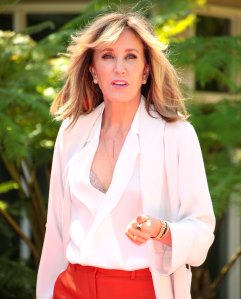 Dr. Dre deleted a post celebrating his daughter’s acceptance into USC after news spread of his multimillion-dollar donation to the college in 2013.

The music mogul posted a photo on Instagram on Saturday, March 23, with his daughter Truly Young, 18, in which he revealed she had gotten into the University of Southern California, while also shading celebrities like Lori Loughlin and Felicity Huffman, who were arrested after allegedly paying bribes to get their daughters into the school.

“My daughter got accepted into USC all on her own. No jail time!!!” the rapper and producer, 54, whose real name is Andre Young, captioned the photo.

But on Sunday, March 24, the pic had been removed from his page amid social media backlash over the resurfaced news that Dre and Beats Electronics co-founder Jimmy Iovine made a massive $70 million donation to USC six years ago.

The pair now have a building named after them — the USC Jimmy Iovine and Andre Young Academy for Arts, Technology and the Business of Innovation.

Dre’s boast comes less than two weeks after Loughlin, 54, and her husband, Mossimo Giannulli, and Huffman, 56, were among dozens of people arrested and charged over a nationwide college admissions scam.

The Full House alum and the fashion designed, 55, allegedly paid bribes “totaling $500,000 in exchange for having their two daughters [Bella, 20, and Olivia Jade, 19] designated as recruits to the USC crew team — despite the fact that they did not participate in crew — thereby facilitating their admission to USC,” according to court documents obtained by ABC News.

The Desperate Housewives alum allegedly made a charitable contribution of $15,000 in exchange for participating “in the college entrance exam cheating scheme on behalf of her eldest daughter [Sofia, 18],” according to court documents.

Huffman, Loughlin, and Giannulli are set to appear in a Boston court on April 3.