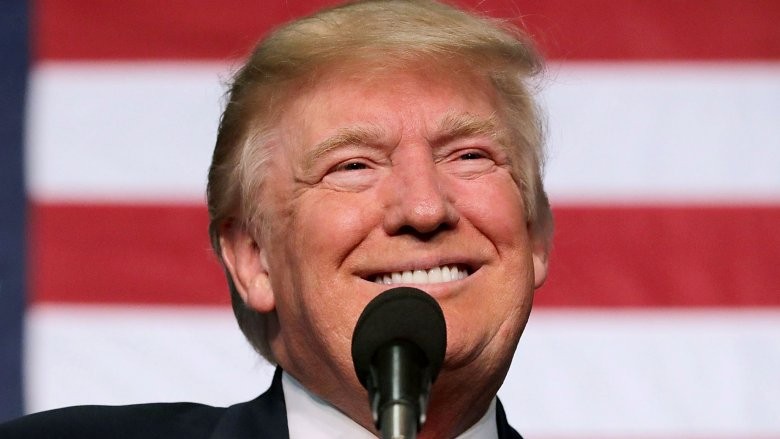 The Hollywood Reporter reported Wednesday that he was offered the role of the U.S. president in the 2015 film Sharknado 3: Oh Hell No!. The outlet said the producers had hoped to cast Sarah Palin in the role but that negotiations with her fell through, after which cast member Ian Ziering suggested Trump, after having starred on his show The Celebrity Apprentice. The Hollywood Reporter said an offer was made and Trump accepted.

“The Donald said yes,” David Latt, co-founder of production company The Asylum, told the outlet. “He was thrilled to be asked.”

Trump has not commented.

The Hollywood Reporter reported that after negotiations, a contract was drawn up and sent to Trump’s attorney Michael D. Cohen. Latt said that after a few weeks, the lawyer said, “Donald’s thinking about making a legitimate run for the presidency, so we’ll get back to you.”

“Then we immediately heard from Trump’s lawyer,” Latt said. “He basically said, ‘How dare you? Donald wanted to do this. We’re going to sue you! We’re going to shut the entire show down!'”

Cohen told The Hollywood Reporter that a dinner with Ziering to discuss casting Trump did take place but said he has no recollection of the angry correspondence.

Anthony C. Ferrante, director of all the Sharknado movies, had also said at SharkCon in Tampa, Florida last month that Trump was originally supposed to play the president in Sharknado 3: Oh Hell No! and that the role went to Cuban due to scheduling conflicts.

“Now I kind of actually believe [Trump] still thinks he’s in Sharknado,” he said, according to the Sarasota Herald-Tribune.

As for Ziering, he had shown his support for Trump’s real presidential prospects publicly on Twitter in 2014.

“I wonder if I run for PRESIDENT, will the haters and losers vote for me knowing that I will MAKE AMERICA GREAT AGAIN? I say they will!” Trump tweeted.

“@realDonaldTrump Go for it Mr. Trump, you’re the kind of leader that gets things done,” Ziering replied.