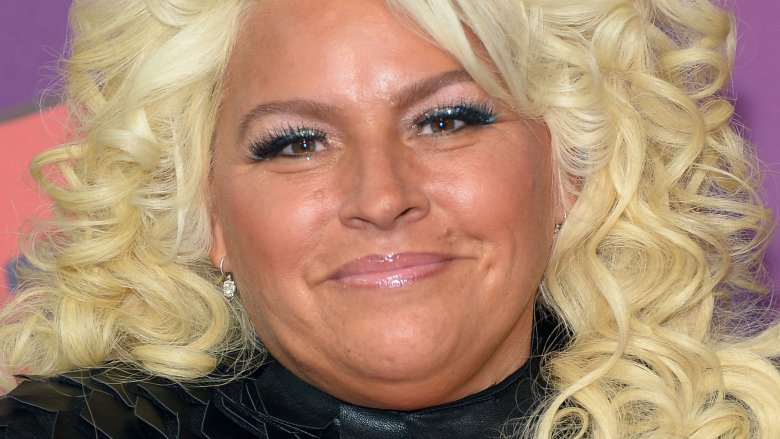 Beth Chapman, who’s best known as the wife of Dog the Bounty Hunter, is sharing an update with fans amid her second throat cancer battle.

On Tuesday, Jan. 22, 2019, the reality TV star took to Instagram to post her first selfie since she began undergoing chemotherapy treatments in December 2018.

“#dogwgna history in the making,” Chapman, 51, wrote to her 336,000 followers, captioning a snapshot of herself in the car. She added the hashtags, “#dogsmostwanted #cancersucks #stayhumblepray #itsonlyhair.”

It wasn’t long before fans flooded the post’s comments section with messages of love and support for the The Dog the Bounty Hunter alum. “We’re all praying for you sweetheart hang in there. It’s going to be hard but keep a good positive strong attitude. We all love you,” one person wrote (via Pop Sugar). Meanwhile, another Instagram user commented, “One tough cookie. I admire your strength, prayers for you and your honey. Stay strong.”

As Nicki Swift previously reported, news that Chapman’s throat cancer had returned first broke when she was hospitalized in late November 2018 after experiencing trouble breathing. At the time, she required emergency surgery at Cedars-Sinai Medical Center in Los Angeles after doctor’s discovered a large cancerous mass in her throat. “They got most of the throat cancer out,” her 66-year-old husband, Duane Lee “Dog” Chapman, later told Us Weekly. “But the doctors are afraid that it has spread.” Readers may remember that Beth Chapman initially had a tumor removed after publicly disclosing her first battle with stage 2 throat cancer in September 2017.

Earlier this week, the Chapman family’s attorney, Andrew R. Brettler, confirmed to Us Weekly that Chapman had “started chemo [in Los Angeles] for throat cancer last month.” According to a source recently cited by Entertainment Tonight, “The [treatments] are going well, but they certainly take their toll on Beth. She’s a trooper though and a very tough lady.”

The insider went on to claim that the famous husband-wife duo are also in the midst of filming their upcoming television show, Dog’s Most Wanted. Between filming and Beth’s treatments, the source noted that the celeb pairing “certainly have a lot on their plate,” but added that the family’s loyal fan base have remained a source of “great support” during this difficult time.

“America has been captivated by Dog, Beth and their dramatic true-crime experiences for over a decade,” WGN America President Gavin Harvey said of the couple’s new series in a statement to Deadline. “In this brand-new series, millions of Dog and Beth fans will join them on bigger hunts, pursuing more dangerous criminals, with a supporting cast of tough-as-nails crime fighters.”