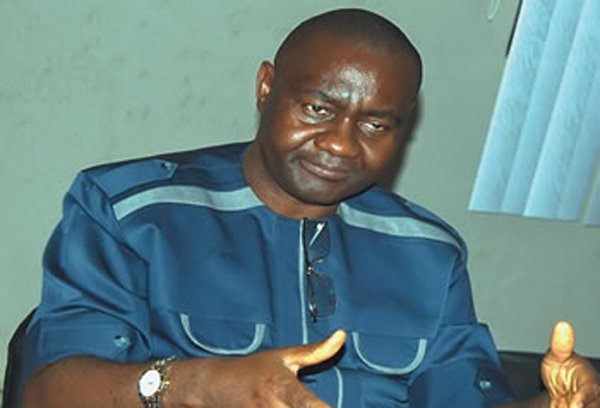 The Senator representing Rivers South-East Senatorial District in the National Assembly, Senator Magnus Abe, has insisted that the struggle to enthrone equal rights and justice among members of the party in Rivers State will continue.

Abe stated this in reaction to the removal of Derek Mene as the Executive Director, Finance and Administration, on the Board of the Niger Delta Development Commission, NDDC.

Abe, in a statement issued by his spokesperson, Parry Benson, said no amount of arm-twisting will make him abandon the struggle for justice.

The statement reads, “Our struggle predates the present Board of the NDDC, and will outlive the dissolution of the Board.

“No manner of strong-arm tactics will compel us to give up the struggle. If anything, every act of injustice strengthens our resolve.

“First, let me thank the President and Commander in Chief of the Armed Forces, President Muhammadu Buhari for the privilege given to the two prominent Rivers Sons, Mr. Derek Lenyie Mene who served as Executive Director, Finance and Administration of the NDDC and Iboroma Harry who served as the Rivers State Commissioner on the Board.

“However, it is an open secret that Minister of Transportation, Chibuike Amaechi had long threatened to remove Mr. Mene from the commission for his principled stand on issues of injustice and fairness in Rivers politics, particularly as it affects the marginalization of the people of Rivers South-East Senatorial District in the leadership of the State.”

“Coincidentally, the only executive removed in the dissolution of the board is Mr. Derek Mene and his position has now been given to someone from Rivers East Senatorial District, the home district of the Minister and present Governor of the State,” he said.

“l am particularly proud of Mr. Mene, who stood his ground in the face of a vicious campaign of hate, calumny, threat, intimidation, and deprivation,” he added.