Disney does Deadpool: R-rated superhero could be Marvel’s leading man after ‘Avengers: Endgame’ 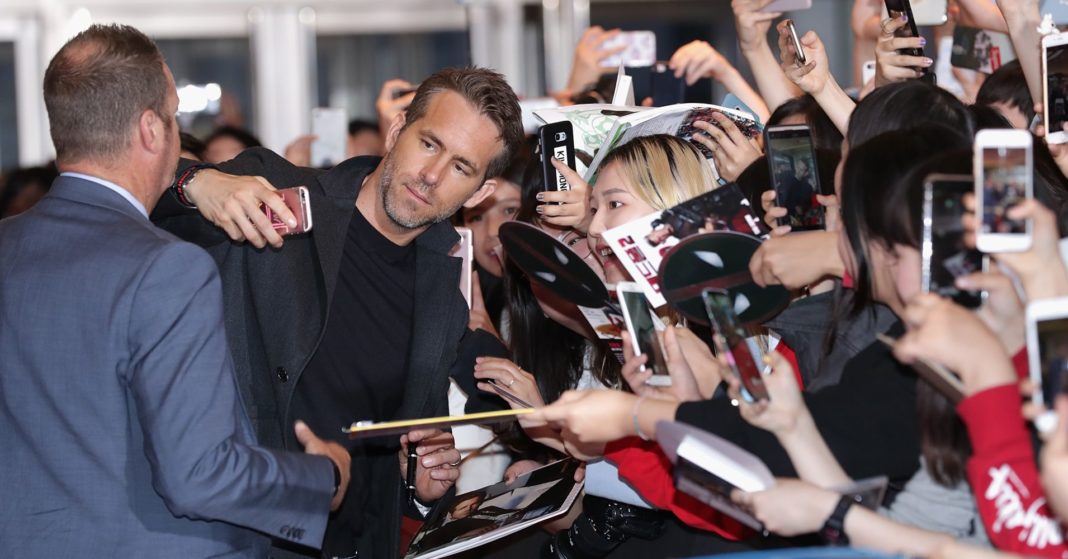 Although “Avengers: Endgame” is being marketed as the conclusion to an epic 22-picture Marvel Studios’ saga, it will not be the end of Disney and Marvel’s cinematic universe. In fact, the Disney- Fox merger supplies Marvel Studios with a new roster of characters, including one highly popular name: Deadpool.

While there is no official word regarding the rest of Fox’s Marvel property, Disney confirmed at the recent Cinemacon that Deadpool, played by Ryan Reynolds, will be featured in future movies.

“You’ll be seeing more of Deadpool in the years to come,” Disney chairman Alan Horn said, assuring consumers over the beloved character.

Disney making more Deadpool movies with Reynolds is not a surprise.

Reynolds’ role is the equivalent to Robert Downey Jr.’s “Iron Man” and Chris Evans “Captain America — it simply is not the same without him. The 2016 film “Deadpool” grossed $783 million worldwide while its 2018 sequel “Deadpool 2” grossed $785 million worldwide, according to Box Office Mojo. The first “Deadpool” was the highest-grossing R-rated film ever, and the biggest box office success for Fox since “Avatar.”

The real question about future Marvel content is whether or not Reynolds will join the broader Marvel Cinematic Universe and future Avengers’ films at some point, especially with several marquee names expecting to either die or retire in “Avengers: Endgame.”

“There are clear upsides and intrigue around a potential meet-up between Deadpool and the Avengers, but it shouldn’t be done just because they can,” said Shawn Robbins, chief analyst for Boxoffice.com. “Disney doesn’t have any pressing need to mix Deadpool into their existing universe because it’s proven enormously successful without him, and he without it. A managed coexistence could be just as or more lucrative.”

Media influencer Jeremy Conrad said, “If any Fox- Marvel cast member crosses over to the MCU it’d probably be Reynolds. But I think the question with him is more on the creative side and how much influence he’d have over Deadpool in the MCU that’s guided very strongly by [Marvel Studios’ president Kevin] Feige’s expertise.”

Feige is often credited as the visionary behind Marvel Studios’ multi-billion dollar triumph. But Reynolds is a creative pioneer as well, being the driving force behind Deadpool’s big screen success. He started playing Deadpool back in 2009’s “X-Men Origins: Wolverine” but was criticized for an unfaithful interpretation of the character, one that does not break the fourth wall or have the notable edgy persona. Leaked test footage for Reynolds’ first solo outing as the character was received with great praise in 2014, which then led to Fox greenlighting the 2016 reboot film.

“He’s part superhero, part comedian, part anti-establishment warrior and Ryan Reynolds is the key,” said Paul Dergarabedian, senior media analyst for Comscore. “He has imbued the character with a charisma and pathos that no other actor could pull off. … Ryan Reynolds is a marketing machine who understands both the power and importance of the ‘Deadpool’ character and the value of an innovative and consistent PR campaign.”

In January 2018, as Hollywood watchers tried to assess how the Disney-Fox deal announced just a month earlier in December 2017 would play out, Fox made a three-year first look deal with Reynolds’ Maximum Effort. The first picture that Reynolds was slated to produce under the deal was a live-action film based on the Hasbro board game “Clue,” which Reynolds would write with his “Deadpool” co-writers, and which would also serve as a star vehicle for the actor.

This month, Reynolds’ company announced a deal with another part of Disney, ABC Studios, and one more in line with the Disney brand centering on family content. Reynolds’ first big role as an actor was the sitcom “Two Guys, a Girl and a Pizza Place,” which aired on ABC from 1998 to 2001 before being cancelled. Variety reported on April 8 that Reynolds is developing the family-themed game show “Don’t,” which ABC Entertainment president Karey Burke said the network was “all in” on.

Marvel and Maximum Effort did not respond to requests for comment.

Dergarabedian said the more difficult issue is whether Deadpool, an R-rated character, would fit in a PG-13 universe.

“Deadpool’s vulgarity and adult humor are a big part of the secret sauce behind his two films,” Robbins said.

How to position Deadpool is something Disney already is thinking through. And it is a question Wall Street has been wondering about since the Fox acquisition was announced.

Doug Mitchelson, an analyst with Credit Suisse, asked Disney CEO Bob Iger during the media giant’s February earnings conference call whether the “family-friendly Disney brand” could coexist with content like Deadpool that is “already pushing the envelope a bit.”

Iger’s response suggested that Disney is not looking to micro-manage future Deadpool films to fits its iconic brand, but the antihero may have to keep swimming in his own pool when it comes to screen time.

“We do believe there is room for the Fox properties to exist without significant Disney influence over the nature of the content, meaning that we see that there is certainly popularity amongst Marvel fans for the R-rated Deadpool films, as a for instance. We’re going to continue in that business, and there might be room for more of that.”

Iger continued: “There’s nothing that we’ve really seen in the Fox either library or in the activities that Fox is engaging in today from a standards perspective that would be of concern to us as long as we’re very carefully branding them and making sure that we’re not in any way confusing the consumer with product that would be sort of either Disney product or the more traditional Marvel product.”

Conrad thinks a PG-13 version of the character is possible and pointed to the comics as his evidence. The traditional Deadpool comic version isn’t R-rated and the character has only dabbled in the mature, adulterated “Marvel Max” line, similar to other Marvel characters. These characters include “Black Widow” and “Thor,” which have become household names in recent years.

Scarlett Johansson, after six performance as “Black Widow,” will finally be getting her own PG-13 movie in Marvel’s phase 4 slot of films. And Chris Hemsworth, as Thor, has already had a PG-13 trilogy playing.

“Thor Ragnarok” grossed over $853 million worldwide in 2017, according to Box Office Mojo.

Another big name Fox property, “Wolverine,” has also seen both PG-13 and R-rated movies starring Hugh Jackman as the mutant with claws.

“I think the way to do it is when Deadpool is crossing over with traditional PG-13 characters, he’s PG-13 like he is in the comics,” Conrad said. “Then when Deadpool is on his own in a solo movie, they can be free to go R-rated.”

“They did do a Christmas Deadpool movie,” said Karie Bible, an analyst for Exhibitor Relations. Bible was referring to “Once Upon a Deadpool,” which is an alternate version of “Deadpool 2” that is suited for a PG-13 audience. It was in theaters from last December to January and grossed a little over $6.1 million, according to Box Office Mojo.

“They still have Black Panther, Spider-Man, Doctor Strange, Captain Marvel, and other future characters waiting in the wings,” Robbins said.

“He [Reynolds] has enough talent and fan base. However, there is not one marquee face in the MCU. There are many faces,” Bible said. “In today’s world, concept tops star power. … Zachary Levi is not in the Tom Cruise category but ‘Shazam!’ had a great opening weekend.”

Correction: Chris Evans plays the role of Captain America. Due to an editing error, an earlier version of the Key Points section of this article misstated the actor’s name.