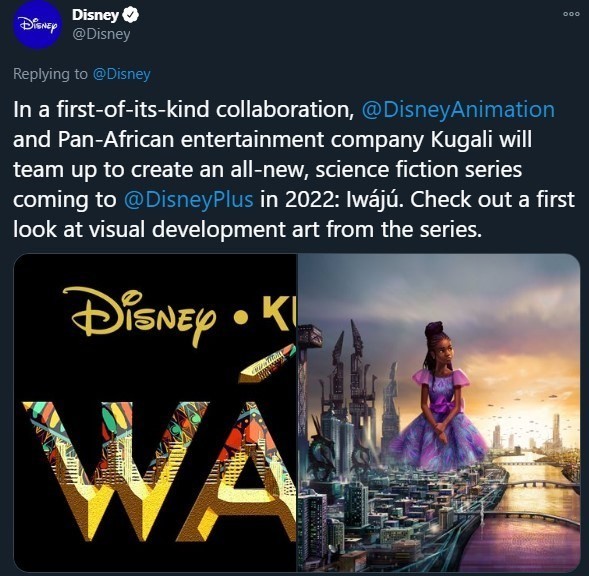 The California based mass media firm has gone into a first-of-its-kind co-production deal with Kugali to create an animated series for African audiences.

According to Disney, the animation department of the production company, Disney Animation will team up with Kugali to create an animated science fiction series.

”In a first-of-its-kind collaboration, @DisneyAnimation and Pan-African entertainment company Kugali will team up to create an all-new, science fiction series coming to @DisneyPlus in 2022: Iwájú. Check out the first look at visual development art from the series,” It wrote on Twitter. 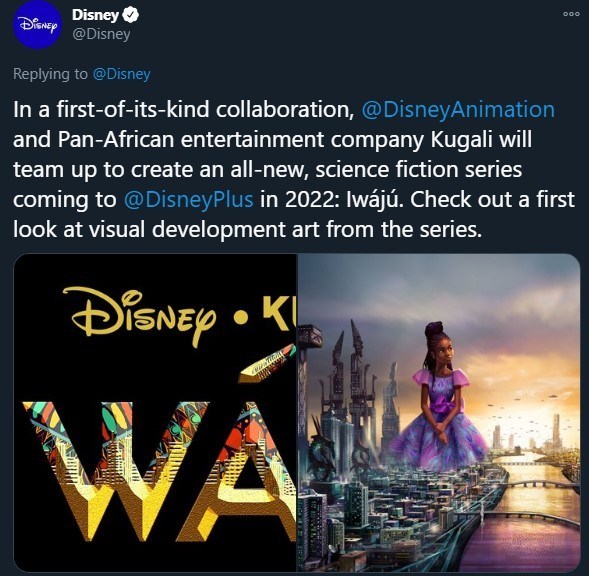 Also, the co-founder of Kugali, Tolu Olowofoyeku reacted to the development, saying it had been a struggle keeping the secret to himself all this while.

”It’s been a struggle keeping this a secret, but now that they’ve announced it, una no go hear a word. My startup @Kugalimedia is making an animated series with Walt Disney Animation Studios!” 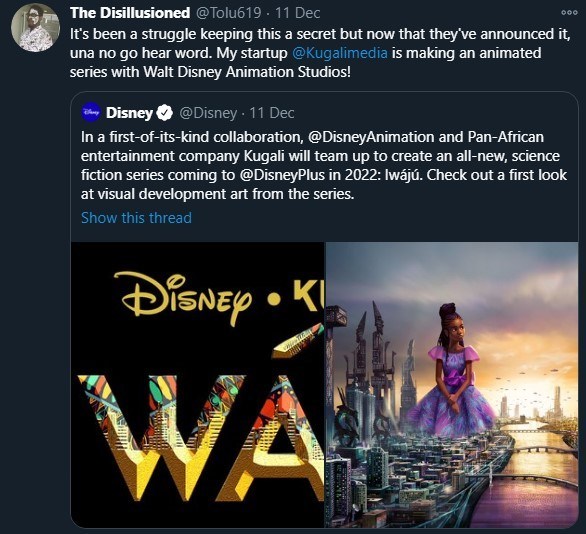