Diddy Attends Ex Kim Porter’s Funeral: ‘Her Spirit Lives On With Us Forever’ 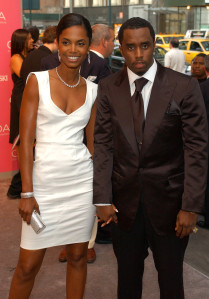 Saying goodbye. Kim Porter was laid to rest at an emotional funeral in Georgia on Saturday, November 24.

The model, who was found dead in her Los Angeles apartment at age 47 on November 15, was remembered with a service at Cascades Hills Church in Columbus, Georgia, according to TMZ.

The website reports that her ex Diddy had hoped to deliver a eulogy at the service, during which Porter was buried next to her late mother, Sarah Lee Porter, who passed away in 2014, in Evergreen Memorial Park.

TMZ also reported that 1,200 to 1,500 mourners were expected to attend the service. 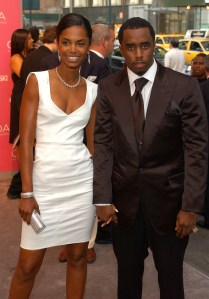 “Today we lay to rest our ANGEL,” he wrote on Instagram. “Her spirit lives on with us FOREVER!!! We thank you all for your prayers and support. You have no idea how much it means to us. We thank GOD for all of you. #KimPorter”

A source told Us Weekly that the musician was “inconsolable” as he mourned his ex. “Kim’s passing has turned his life upside down.”

The insider added, “Kim and Diddy didn’t always see eye-to-eye on things, but their love for their children and the deep respect they had for each other trumped any issue they had,” the source added. “They were on very good terms in recent years. She was a ‘ride or die’ and very loyal to Diddy.”

The “I’ll Be Missing You” singer shared an emotional post about Kim on Instagram on November 18. “For the last three days I’ve been trying to wake up out of this nightmare,” he captioned a video of the former pair together accompanied by SWV’s “When U Cry.” “But I haven’t. I don’t know what I’m going to do without you baby. I miss you so much. Today I’m going to pay tribute to you, I’m going to try and find the words to explain our unexplainable relationship. We were more than best friends, we were more than soulmates. We were some other S–T!! And I miss you so much. Super Black Love”

One day before the funeral, Diddy, who was dressed in all black and holding the hand of a man, was spotted at a private viewing for his former flame.

“God broke the mold when he made Kim. There was truly no other woman like her,” the Porter, Goodwin and Combs families told Us in a statement on Friday, November 23. “Although her time here on earth was far too short, she lived a life full of purpose and meaning. She was a loving mother and devoted friend. She was the epitome of kindness and grace. There wasn’t a person she met [whose] soul she did not touch. Kim was the type of woman who changed lives for the better.”

The statement continued: “Although we’ve lost our best friend, God has gained a special angel and we know she is watching over us. She will be forever remembered and missed by so many. As her family, we promise to honor her every day of our lives. We love you always.”

Kim was also the mother of 27-year-old son Quincy from her relationship with Al B. Sure!

Her cause of death has been listed as “deferred” and is “pending investigation” following an autopsy, according to a death certificate obtained by Us Weekly. The actress was said to be in cardiac arrest in an emergency dispatch call obtained by TMZ. The site also reported that she had been battling flu-like symptoms and possible pneumonia.