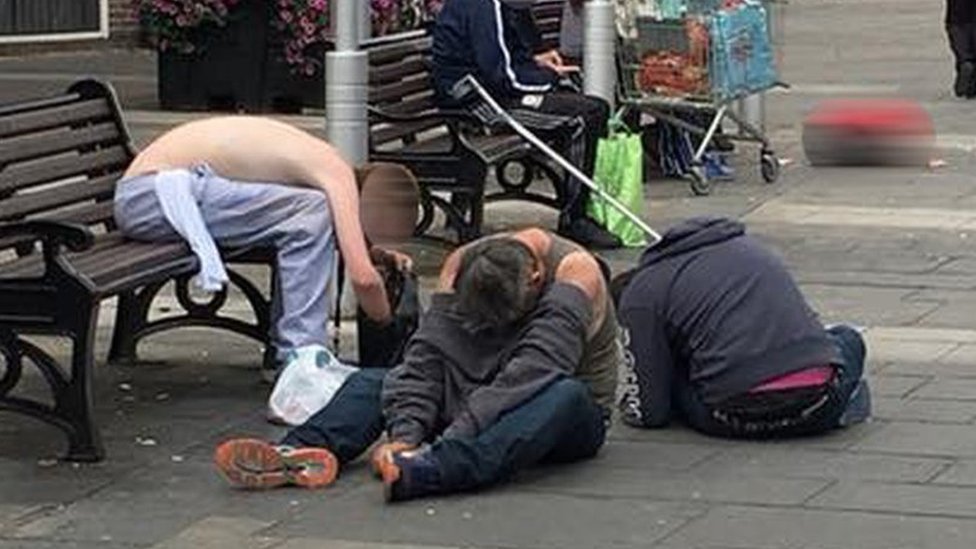 A widely-shared photo appearing to show three men slumped over in the street after taking Spice has prompted police to urge the public to “take a stand against drugs”.

The image shows the men in Bridgend town centre, close to where a child is playing.

Another picture has since emerged of a man collapsed on a bench in the town.

The person who took the photos, who did not want to be named, said they were taken on Tuesday.

Spice, a former “legal high” is an illegal psychoactive substance, designed to mimic the effects of cannabis, but can have severe debilitating effects.

Det Insp Dean Taylor said the force was aware of the images, which appeared to show the “devastating” effect alcohol and drugs could have on people.

Drugs have “a hugely detrimental impact on our communities” and tackling them was a “priority”, he said.

“I would ask that that the community continue to work with us and make a stand against the drug dealers who impose this misery upon others.”

Det Insp Taylor said the recent Operation Pacific in the town centre which targeted so-called “county lines” and the supply of drugs had led to “a number of arrests”.